Suge Jacob Knight, the son of Death Row Records co-founder, Marion “Suge” Knight is attempting to make a name for himself in the real estate industry. In the new show, Love & Listings that recently premiered on VH1, the 23-year-old is paving a new lane for himself in the real estate industry with hopes of closing on multimillion-dollar homes under the guidance of Tai Savet, a long-time real estate professional, who owns the extremely reputable firm, Agents of LA.

Although he still has a strong love for music, Knight struggles to break out of his father’s shadows by creating a stream of revenue that he feels will clean up his name and make him reputable. When asked why he chose real estate during a deleted scene he stated, “because I want the business respect of people. I need to know that people know that I can handle business on my own.”

There is one caveat. Although Knight is working under one of the biggest agents in L.A. he has yet to secure his real estate license and it seems that a lot of that is fueled by his unresolved relationship with his father.

During the premiere episode, Knight set down with a long-time friend and fellow real estate agent, Taylor Schwartz who encouraged him to study but he was extremely distracted by the thought of his father returning to his life after a three-year hiatus. Marion “Suge” Knight was sentenced to 28 years in state prison in 2018 after a hit-and-run that left one man dead and another severely injured.

Based on the stream of previews for future episodes, it has yet to be revealed if Knight will make it as an agent but, during the season, we will watch as he attacks his new endeavor. 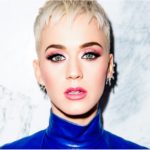 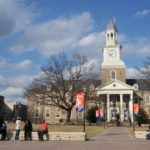 FacebookTwitterYoutube
← Judge Orders Katy Perry To Pay Gospel Rapper $2.78 Million for Copyright Infringement ← These HBCUs and the State of Maryland Have Been Locked in Court Battle for 13 Years
×