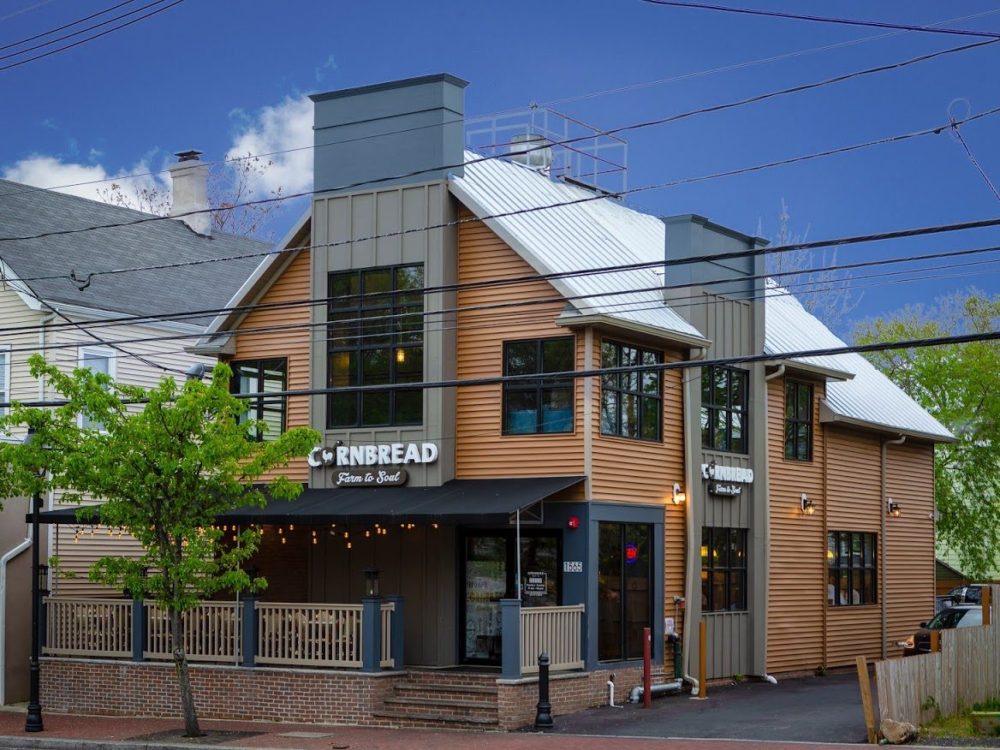 The Cornbread restaurant in Maplewood, NJ

Cornbread, a soul food restaurant based in Maplewood, New Jersey, is expanding into three Walmart stores in Pittsburgh. All three restaurants are slated to open this year with the first opening on July 5 in the West Mifflin Walmart.

“This expansion is the culmination of two years of hard work by my co-founder, Zadie, and our amazing team,” said Adenah Bayoh, an entrepreneur who opened Cornbread with Elzadie “Zadie” Smith in 2017, in a statement. Together, the women privately funded Cornbread’s $1.3-million-dollar startup costs with a sole private investor. The farm-to-table eatery specializes in traditional soul food dishes that are prepared fresh using steroid- and hormone-free ingredients.

“Cornbread was born out of a vision and belief that we could create a space where friends and family can enjoy soul food that is also healthy and where we invest in our employees,” said Bayoh. “We also wanted to ensure that our food was accessible, which is why this collaboration with Walmart is so important.”

In addition to bringing soul food to Walmart, the inaugural Cornbread location is expected to create about 35 new job opportunities. Bayoh also plans to source many of its menu items from local farms and farmer’s markets. She decided to expand in Pittsburgh due to the city’s budding destination for foodies. “The goal has always been to make Cornbread a national brand and the Pittsburgh market and community were a natural fit. Pittsburgh has a thriving food scene and the people are welcoming and warm,” she told BLACK ENTERPRISE in an email.

Bayoh, who also owns three IHOP franchises in New Jersey, added that she aims to make fresh soul food easily accessible to a variety of communities. “It was important to me and my partner, Zadie, to make sure that hardworking families could come to our restaurant to enjoy a nice meal and feel good about what they are eating,” she said. Ultimately, she plans to turn the restaurant into a franchise.

A former refugee who escaped the Liberian Civil War at age 13, Bayoh immigrated to Newark, where she lived in public housing. She opened her first restaurant 11 years ago at the age of 29. She is also the founder and CEO of Adenah Bayoh and Cos., which owns multiple restaurants in northern New Jersey and a real estate development portfolio with over $250 million in urban redevelopment projects, according to her website. However, despite her success, Bayoh says her entrepreneurial journey has not been easy.

“When I began my journey as a restaurateur, I was turned down by seven banks before I was able to secure the financing I needed to purchase my first restaurant. Now, 13 years later, my own signature soul food restaurant is expanding outside of New Jersey with the support of the largest retailer in the country,” reads the statement. “This is proof that drive, passion, and hard work can help you realize your most ambitious dreams. I can’t thank the team at Walmart enough for recognizing the power of food and family.”