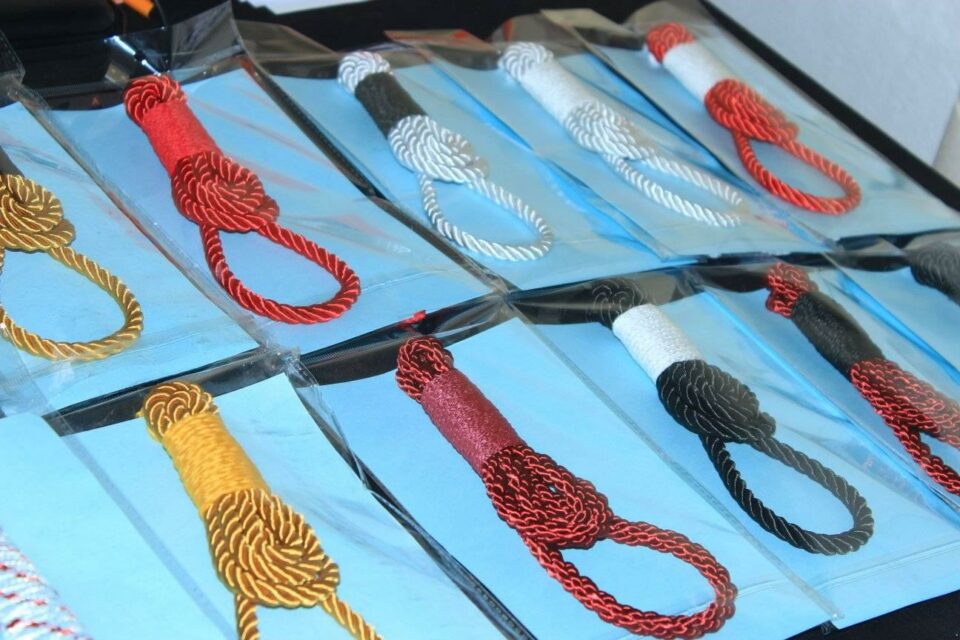 A fashion designer in South Africa is apologizing to those offended by his assortment of rope ties that resemble nooses.

In a now-viral Facebook post, designer Daniel Ngobeni’s collection of rope ties was ripped apart by onlookers confused and outraged by how much they looked like nooses. Dubbed “Daniels Rope Ties,” the photos show a Black male model sporting the ties around his neck.

“We Proud ourselves in bringing tomorrow’s fashion today,” the post reads. “Daniels rope ties style is unique, simple and fashionable.”

However, instead of praise, the designer was flooded with negative feedback and backlash from many who found the designs tone-deaf to the history of racism and even suicide.

“Highly offensive to victims of lynching suicide victims and their living family and friends,” one person said in the comments. “Y’all have disrespected all those families who were lynched .. shame on you, this product is a disgrace.. who came up with this idea ???”

After receiving more negative responses than positive, the designer explained the inspiration behind his eccentric choice of ties.

“The rope tie are my work and the motive is to change the past act and the mindset that when people see a rope all they think is suicidal or lynching,” he said. “I know the history and I’m not here to offend any family been a victim in the days.”

“We need to change that the rope is not only used to take people’s lives but also something good can come out of the same object(rope),” he continued. “I’m not promoting suicidal or saying people should hang themself, those who like the idea will understand and ofcos to some it will look a as bad idea.”

He noted that the media has already reached out to him to address the controversy surrounding his work, and he has no plans of changing his design.

“The USA journalists has been in touch and I explained this work,” he added. “Past is past and something need to change in the new Generation. It is unfortunate people has been killed by a noose but I am and I’m not evil.”

The 26-year-old said it was only his intention to create something new that had never been done before in the fashion industry.

“I thought, what is something new, that has never been done in fashion,” he told Blavity. “I asked myself, ‘Can the same rope that has been used to take someone’s life, can it be used for a better purpose?'” he explained. “Can the same object be used in a different way?’ So I thought of the tie.”

The ties have gone viral on Facebook and Twitter, and Daniels Rope Ties are getting a ton of free press. Whether people like them or not, the conversation is possibly only adding to the success of his brand.