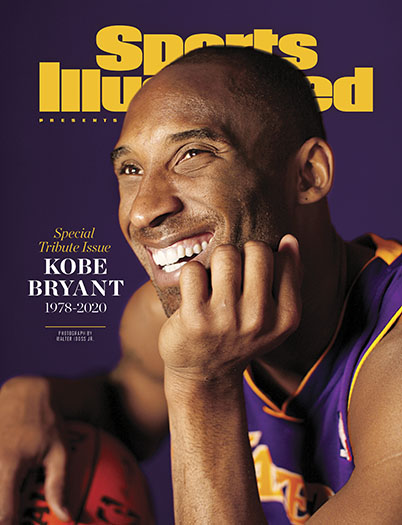 The tributes and honors continue to pour in for the late and great NBA legend Kobe Bryant. Sports Illustrated has released an issue honoring the former Los Angeles Laker.

Sports Illustrated officially rolled out the 100-page special edition book on February 7. The price of the book is $15.99 plus shipping and handling.

Bryant, who was 41 at the time of his death, played his entire 20-year NBA career with the Los Angeles Lakers, winning a total of five championship titles. He was an 18-time All-Star, four-time All-Star MVP, two-time Finals MVP, one MVP, a two-time scoring champion, a 15-time all-NBA team member and 12-time all-defensive team member. Bryant retired from the NBA in 2016 score an NBA-season high 60 points in his final game.

A memorial service is planned for Kobe Bryant and his daughter, Gianna, which will be held on February 24 at the Staples Center in Los Angeles. His wife, Vanessa Bryant made the announcement this week. The “celebration of life” service will begin at 10 AM local time.

The Staples Center venue seats about 20,000 people for non-sports events. The arena was also used for other memorable memorials for Nipsey Hussle and Michael Jackson.