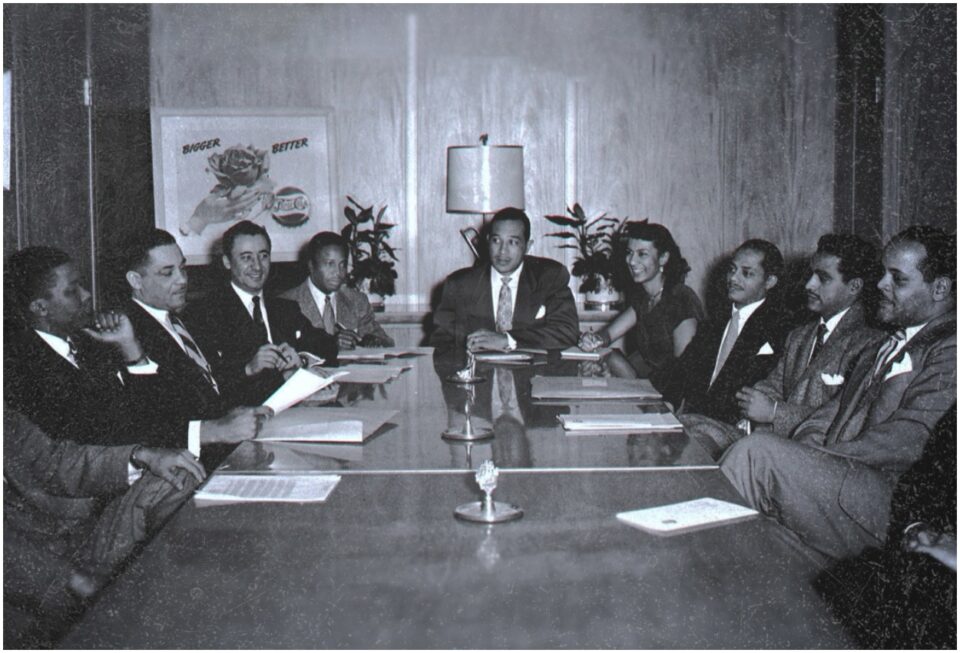 Today, it was announced that award-winning filmmakers Stanley Nelson and Jacqueline Olive will direct “The Color of Cola,” an inspirational documentary that sheds light on the experience of an all-Black sales team, the first of its kind for any major corporation, tasked with tapping the African American market in the Jim Crow South.

Based on Stephanie Capparell‘s “The Real Pepsi Challenge: How One Pioneering Company Broke Color Barriers in 1940s American Business,” the documentary will take viewers on a journey marked by persistence and fortitude, according to a press release.

“The Color of Cola,” now in production, will be brought to life by filmmaker and founder of Firelight Films Stanley Nelson, filmmaker Jacqueline Olive, and executive produced by Viola Davis and Julius Tennon‘s JuVee Productions.

The stories of Black pioneers are not unfamiliar, but oftentimes go untold. “The Color of Cola” aims to elevate one such story exploring a time when corporate America did not include Black professionals, and the Black experience was stereotypically portrayed. The extraordinary efforts of these individuals mirror the courage of many who fought to propel America closer to its aspirations and ideals.

“With ‘The Color of Cola’ I look forward to telling the story of the first Black sales team established in the corporate world,” said director Stanley Nelson.

“This project harkens back to my very first feature film ‘Two Dollars and a Dream,’ about the amazing life of Madam C.J. Walker, America’s first self-made Black woman millionaire. I was able to touch on Madam Walker’s story again, among other stories of Black entrepreneurship, in a more recent film of mine — ‘Boss: The Black Experience in Business.’ I see ‘The Color of Cola’ as a continuation of my past work highlighting the achievements of groundbreaking Black business leaders, whose stories are still underrepresented and often under appreciated in the context of American history.”

Stanley Nelson’s body of work has garnered countless awards and accolades. Most recently, his film “Attica” was nominated for an Academy Award for best documentary feature and won the DGA Award for Outstanding Achievement in Documentary. In addition to honors for his individual films, Nelson is a MacArthur “Genius” Fellow, and was awarded an individual Peabody Award, the 2016 Lifetime Achievement Award from the National Academy of Television Arts Sciences and received the National Medal in the Humanities from President Barack Obama. His feature-length films combine compelling narratives with rich and deeply researched historical detail, shining new light on both familiar and under-explored aspects of the American past. Nelson’s recent work includes “Miles Davis: Birth of the Cool,” delving into the life and career Miles Davis, and his most recent film, “Attica,” opened the 2021 Toronto International Film Festival and debuted on Showtime in November.

“What first attracted me to the project was the opportunity to tell the story of this pioneering sales team of Black men whose work launched an effort at corporate diversity that laid the foundation for meaningfully engaging what has become a trillion dollar Black consumer market today,” said director Jacqueline Olive.

“If you think it doesn’t get much more powerful than that, Ed Boyd and his team, in the process, helped open the American consciousness to just how dynamic Black life truly was in the late 1940s, so the throughline of this story to benchmarks of cultural diversity in the present is remarkable. I could not be more excited to direct this film with Stanley Nelson in collaboration with our talented team at All Day Every Day, LAMF, and Pepsi.”

“With ‘The Color of Cola,’ Viola and I were really excited about exploring another story that’s been hidden in the amazon of American history,” said Julius Tennon.

“These men had grit, tenacity, and sheer will, being the first black sales force in corporate America. We couldn’t have better directors and partners than Stanley Nelson and Jacqueline Olive to bring this incredible documentary to life. I think we’ll all get a snapshot into what Jim Crow America was like and get to understand some of the challenges that these brave African American men faced.”

Last year, PepsiCo announced its Racial Equality Journey, a more than $570 million set of initiatives over five years focused on increasing Black and Hispanic managerial representation at PepsiCo; leveraging its scale and influence across suppliers and strategic partners to increase Black and Hispanic representation, elevating diverse voices and creators in its content; and working in communities to drive long-term change by addressing systemic barriers to economic opportunity and advancing economic empowerment for Black and Hispanic Americans.

“At PepsiCo, we know that our company can only succeed when our associates and the societies we serve thrive. That’s why we have long been committed to fostering a diverse workforce that reflects our consumer base and society at all levels of the company,” said PepsiCo Chairman and CEO Ramon Laguarta.

“This commitment to racial equality is part of our company’s DNA, going back to this our first Black sales team. The legacies of Allen Mckellar, Jr., Jeanette Maund, Harvey C. Russell, and many more leaders in our rich history continue to inspire our actions and serve as a beacon for advancing our journey towards a more diverse, equitable and inclusive workplace and world.”

“The Color of Cola” documentary is co-produced by the Los Angeles Media Fund under the leadership of Co-Founders Jeffrey Soros and Simon Horsman, and in association with Pepsi’s in-house content studio.

Executive producers include Michael Karbelnikoff and Peter Kline for Alldayeveryday, and Mark Landsman.

“We feel most fortunate to have filmmakers with Stanley Nelson and Jacqueline Olive’s vision and integrity in bringing this important yet largely unknown history to light,” said Jeffrey Soros and Simon Horsman.

This project will elevate diverse voices, and it will also share a powerful piece of American history — inspiring viewers to utilize their collective power to help catalyze meaningful change in our society and for generations to come.