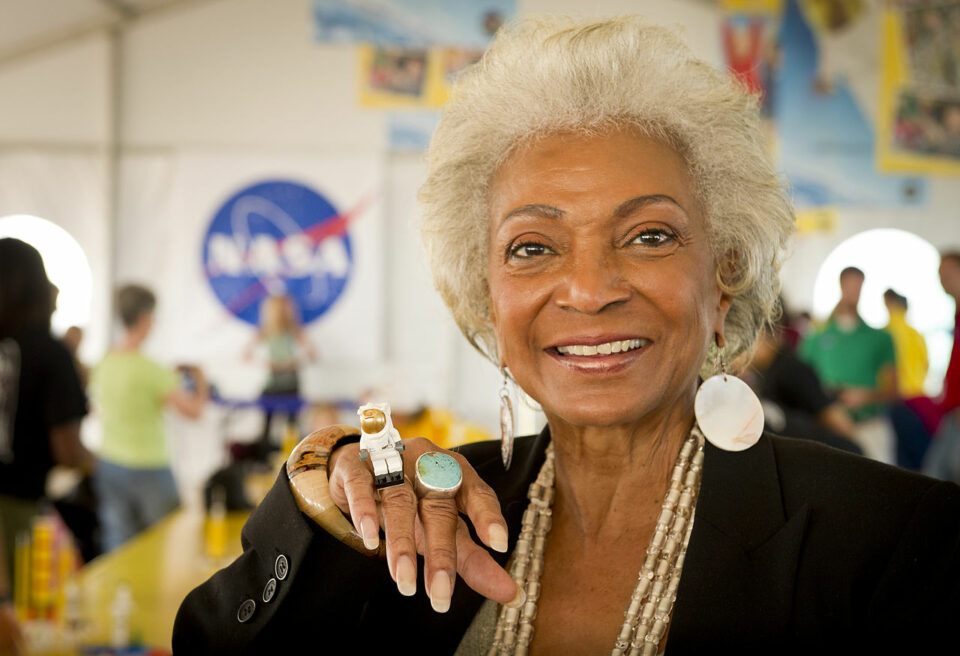 The stunning Lt. Uhura will take her final flight into the deep cosmos.

Though transitioned, Nichols’ ashes and DNA sample are set to embark on a “once-in-a-lifetime” memorial spaceflight organized by the Houston-based spaceflight company Celestis Inc, KTLA reported.

Known as the Enterprise Flight, the Celestis mission will launch Nichols and other members of Star Trek’s first family “on an endless journey in interplanetary space,” per the company press release.

Nichols’ son, Kyle Johnson, contributed his DNA to the mission after Celestis co-founder Charles Chafer approached him with the idea to honor his late mother.

“I was kind of in a state of shock, alternately crying my eyes out or feeling kind of numb,” Johnson said. “And then we were contacted by Charlie and the crew, and informed of this and invited to participate. The timing could not have been better, and it was a really amazing thing to contemplate.”

Nichols earned her fame and glory as Uhura, the Starship Enterprise’s translator and communications officer. She was crowned as one of the first leading recurring Black female characters on U.S. television and notably made history for sharing television’s first interracial kiss.

After her Star Trek days, Nichols’ championed for women and minorities to join NASA and apply for astronaut duty, a longtime effort that will continue to inspire generations.

“After Apollo 11, Nichelle made it her mission to inspire women and people of color to join this agency, change the face of STEM and explore the cosmos. Nichelle’s mission is NASA’s mission. Today, as we work to send the first woman and first person of color to the Moon under Artemis, NASA is guided by the legacy of Nichelle Nichols.”