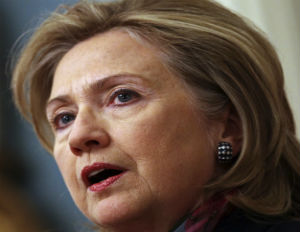 On Wednesday morning the State Department Office of the Inspector General released a reportÂ stating that Hillary Clinton did not comply with regulations set out in the Federal Records Act.

The report admonished Clinton for not adequately storing and managing her email files, which are federal records. The report also noted that Clinton did not seek permission or prior approval to use her personal email address, and if she had, her request would have been denied.

The audit also included former secretaries of state, John Kerry, Madeline Albright, Colin Powell, and Condoleezza Rice. According to the report’s findings, compliance with record preservation policies “varied across the tenures of the five most recent Secretaries.”

In an emailed statement Republican National Committee (RNC) Chairman Reince Priebus, stated that although “Clinton has long claimed her practices were like those of other Secretaries of State and allowed, the report states she was in clear violation of the Federal Records Act.”

In the report’s conclusion, the OIG admitted that the State Department’s “longstanding, systemic weaknesses related to electronic records and communications” were a problem long before Clinton’s tenure as Secretary of State.

In a statement released shortly after the report went public, Rep. Elijah Cummings countered that “Secretary Clinton followed the practice of her predecessor when she used a personal email account.”Cummings is the Ranking Member of the House Committee on Oversight and Government Reform.

“While Secretary Clinton preserved and returned tens of thousands of pages of her emails to the Department for public release, Secretary Powell returned none,” Cummings continued.

He then called out Republicans for “wasting taxpayer dollars,” when they should instead focus on working “constructively with Democrats to focus on fixing what this report shows are longstanding, systemic flaws in the State Department’s recordkeeping practices for decades.â€