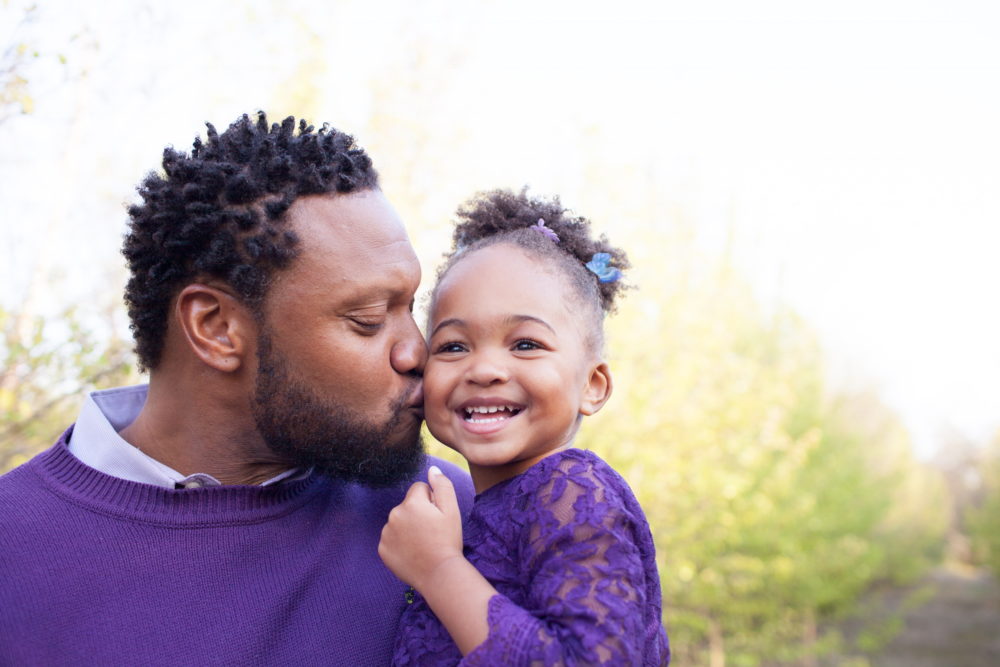 Jonathan Oliver and his daughter

Let’s face it, there are many social constructs changing right now, but a stay-at-home dad is not one of them. However, Jonathan Oliver and his wife, a general cardiologist, decided very early on they would make their own relationship rules.

“We knew that given her career path she would want to work full time and practice medicine so I would be the one to stay home and raise our children,” said Oliver. “Surprisingly, it wasn’t a major decision or something we had to think about for a prolonged amount of time. It just made sense. We now have two beautiful daughters, Journey, 3, and Justice, 3 months. I want to change the stereotype that black men are deadbeat dads. Truthfully, there are a lot of black males who are in their families and in their communities doing the exact same thing that I’m doing. But it’s easier for media to portray the stereotype instead of acknowledging the growth and the positive impact that black men make daily.”

Now, through Oliver’s latest book “Joy In The Journey: 1st Year Chronicles From A Stay At Home Dad,” and coaching practice, Higher Enlightenment, he’s aiming to change the conversation about gender roles and uplift men, especially black men, to become more of their authentic selves. “I want to give all stay-at-home parents, particularly fathers, the information, confidence, and encouragement to fully engage in the parenting process, their marriages, and their communities. I also want people to realize there is a shift occurring and more men are transitioning to the homemaker role than ever before. We as men are more than capable and are wanting and willing to raise our children with the support and encouragement of other parents.”

Below, he details his journey from feeling isolated as a stay-at-home dad to authoring a book and creating a space for community and connection for black men.

Stay-at-home dads face a lot of stereotypes—many of them are negative. What stereotypes are you trying to change?

One stereotype is that men want to be alone. It’s generally lonely being a stay-at-home parent, but it’s even lonelier when you are a male. Now, add being a black male on top of that and now it’s extremely lonely. So I want to connect with other parents, not only for the social skills and development of my daughter but also to have a conversation with an adult who is experiencing what I’m experiencing as a parent.

Another thing people get wrong is that men can’t stay at home or they don’t want to stay at home and raise their children. I’ve spoken with many fathers that wish they could stay home and take care of their child. I have met many people that have questioned if I know what I’m doing. Even when we shared it with our family that we were having our first child, the first question was who is going to take care of the baby? My wife told them it would be me and they looked incredulous because I was a man.

What was the aha moment that inspired you to write the book?

I felt very lonely as a stay-at-home dad. Plus, we moved shortly after the birth of our first daughter to a new city where we knew no one. So to stay connected to myself and to my thoughts and to stay purposeful, I started writing a weekly column about my “adventures” as a stay-at-home dad. It also gave me the ability to give back to other fathers who may be in my shoes. After the first year, I had written 52 columns so I decided to combine those columns into a book and share my experience and what I had learned.

During your first year as a stay-at-home dad, what were you the most surprised to learn about yourself?

I was surprised that I could experience postpartum depression. My life before children consisted of a lot of travel and interacting with thousands of people in a week. So to go from always moving and interacting with different people to being at home alone with an infant that can’t speak was very difficult for me. Add in that I knew no one in our new city, and no one looked like me or was doing what I was doing was very isolating and led me to be depressed.

What’s your favorite chapter and why?

Chapter one: A New Frontier. I love that chapter because it discusses the concept of the importance of being a great husband before focusing on being a great father. Before I have an imaginary tea party or play ball with my daughter, it’s important for her to see that I love her mother. Once my daughter knows and feels, and senses that her mother is loved by her father she now knows she is in a safe environment and this allows her to grow and thrive. Now that she is almost 3, it’s such a joy to see her want to join in a hug when she sees me hugging and kissing her mother. She mimics my love for her mother. Realizing this took away the pressure of being a “perfect parent” and helped me to understand that my first job is to be a good husband to my wife.