Steph and Ayesha Curry's Net Worth: How The Curry Family Empire Made Millions 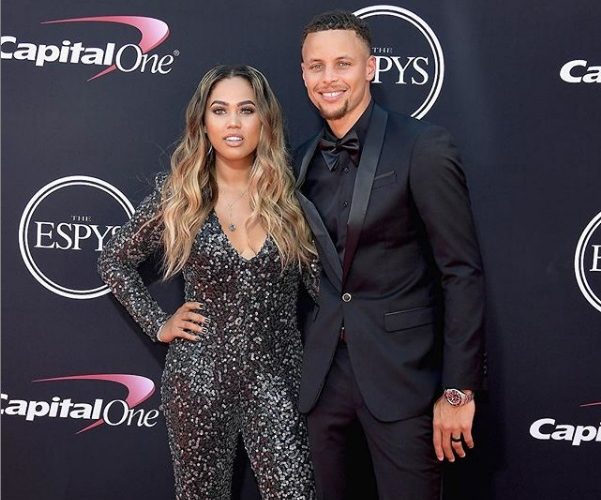 In addition to being recognized as one of the greatest shooters in NBA history and starting the NBA’s “Three-Point Revolution,” Stephen Curry is, by no surprise, one of the wealthiest basketball players in the league. The three-time NBA champ and two-time MVP signed the NBA’s first $200 million contract back in 2017, making him the second player with the highest contract value following Russell Westbrook of the Oklahoma City Thunder. The 31-year-old point guard has also inked a number of major endorsement deals throughout his career, bringing his net worth to an estimated $90 million. Meanwhile, his wife, Ayesha Curry, has earned an impressive $16 million net worth from her career as a celebrity chef, television host, restaurateur, and author. Furthermore, Curry comes from a family of professional athletes who has each paved their own lanes and brands.

Here’s a breakdown on how the Curry’s made their money.

Curry’s generates an estimated $42 million in off-court income from his endorsement partners, which include Under Armour, JPMorgan Chase, Vivo, Nissan/Infiniti, and Brita among others.

Investments and Other Business Ventures:

Ayesha Curry is a Canadian-American chef, author, model, actress, and television personality who has a net worth estimated at $16 million.

Steph Curry’s younger brother, Seth, also plays in the NBA as a shooting and point guard for the Portland Trailblazers. The former Duke University player has a reported net worth of $3 million.

Steph Curry’s little sister, Sydel, is a former Division I athlete who retired from volleyball in 2017 following an injury. After graduating from Elon University, she landed a full-time job as a service concierge at Tesla. The 24-year-old teamed up with Neiman Marcus last year to launch her own brand, “A Curry Girl.” The social media influencer and wife also manages a lifestyle website and YouTube channel. Last year, she and her sister-in-law, Ayesha Curry, launched a wine company, Domaine Curry. She has a reported net worth of $300,000.

Steph’s father, Dell Curry, is a retired basketball player who was drafted by the Utah Jazz in 1986. After one season with the Jazz, he moved to the Cleveland Cavaliers, where he earned $250,000 in 1987, according to The Richest. He went on to play for the Charlotte Hornets for 10 seasons, earning $285,000 in his first season and $3.6 million in his last. Curry then transferred to the Milwaukee Bucks in 1999 and spent the last three seasons of his NBA career playing for the Toronto Raptors. He earned $2.1 million in his last season.

Today, Dell Curry is reportedly worth $16.6 million. He is married to former Virginia Tech women’s volleyball player Sonya Curry. Together, they have three children and four grandchildren.