BE Exclusive: Stephen Jackson on Justice for George Floyd, Getting Blackballed From the NBA, and More (Video) 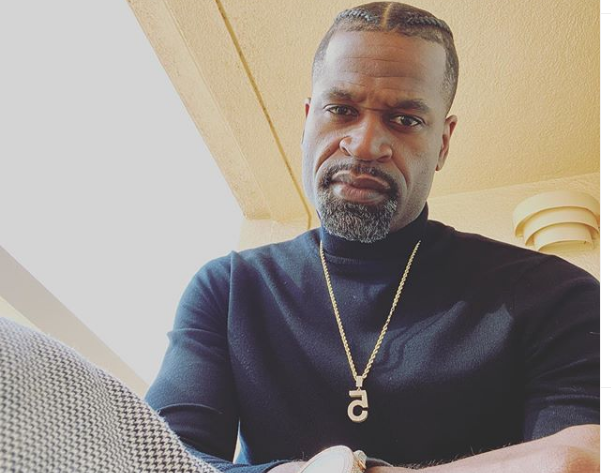 “Is this a court or is this a cotton field?” he rapped. “Dear Mr. Sterling, here’s a speech for you. I had a dream the Klan had a sheet for you,” he continued, likening Sterling to the notorious white supremacist group.

At the time, Jackson was an NBA veteran who had played for eight different teams, including the Los Angeles Clippers and the Golden State Warriors, and helped the San Antonio Spurs win the 2003 championship. He was also a free agent who had been unexpectedly cut by the Clippers months prior in January 2014. A year later, Jackson announced his retirement from the NBA in July 2015. However, he wasn’t ready to leave the league. Rather, he says his 14-year NBA career came to an end because he was blackballed.

“As soon I get cut from the [Clippers], the Donald Sterling stuff came out,” he told BLACK ENTERPRISE, referring to an infamous audiotape where Sterling was heard making racists remarks. As a result, the billionaire businessman lost ownership of the Clippers franchise and was banned from the NBA for life. The incident also fueled Jackson’s ammunition to speak out. “Having one racist owner in the league? I’d be naive to think he’s the only one.”

After releasing the scathing song and a provocative music video that included images of the Klu Klux Klan and lynchings, Jackson never received another opportunity to play in the NBA again.

“That video said a lot,” he said. An NBA player never made a video condemning racism in the league to that degree, he added. “I was taking a stance even before [Colin Kaepernick] was kneeling.”

“I spoke up when things were wrong,” he continued. “I did not think twice [about making the video] because I knew no other basketball player was going to take it to the level I took it. And that’s definitely the reason why I never got a job.”

The Fight for “Twin”

Fast forward to 2020, and the issue of racial injustice hit even closer to home. On May 25, Jackson’s lifelong friend George Floyd was killed after Minneapolis police officers kneeled on his neck and back for nearly nine minutes while he repeatedly cried out, “I can’t breathe.” Jackson, like the rest of the world, found out about Floyd’s death after watching a gruesome video of the incident. Never had he imagined losing the childhood friend he affectionately called “Twin,” to police violence and then subsequently becoming a leading figure in the Black Lives Matter movement.

“Seeing my brother, who I call my Twin, get murdered for the world to see, a lot of times I see myself down there as a black man. This is personal. And God doesn’t make mistakes. He knew that I would stand up and I would stand up the right way.”

U changed everybody life Twin. U put me in a position to lead, a spot I never thought of being in. When they see me they gone see u. Head up Chest out. Nothing else matters. Those that know know. Love for all who have love for all✊🏿✊🏻✊🏾✊🏼✊🏽✊ #justiceforgeorgefloyd #justiceforbreonnataylor #ivehadenough

Following Floyd’s death, Jackson quickly sprang into action, flying to Minneapolis to tell his friend’s story and participate in marches, rallies, and press conferences calling for justice. The officer seen kneeling on Floyd’s neck has been charged with second-degree murder, while the three other officers involved in his death have been charged with aiding and abetting.

“There needs to be swift justice,” Jackson told BE. “The world seen it. Everybody seen it. It was clear cut murder.”

It wasn’t long before the Houston native became a spokesman for Floyd’s family and voice for other families who lost loved ones to police violence. “I feel it’s my duty to help them, too. So, I’m trying to get justice for my brother, Breonna Taylor, and so many more. And get these laws and get these policies changed so we’re all treated like equals and not like animals.”

Floyd’s death sparked an international movement to end police brutality and systemic racism at large. But even as Jackson and millions of protesters flood the streets demanding police reform, 27-year-old Rayshard Brooks was fatally shot in the back by Atlanta officers on June 12.

He went on, noting that “since my brother’s been murdered, it’s been over 100 police shootings or murders of black men.” He added, “It has to stop now because if we don’t take advantage of this, if we don’t show that we’re serious about this moment as a race and as people that stand for love, we’ll never get this moment back and they’ll continue killing us.”

According to Jackson, in order to keep the momentum going, the NBA should cancel its plans to restart the 2019-2020 season at the end of July. “The moment we have right now, we’ll never get it back,” he argued.

His sentiments have been echoed by NBA stars like Kyrie Irving and Dwight Howard, who have threatened not to play next month in order to keep attention on the Black Lives Matter movement.

Plus, according to Jackson, NBA team owners are more concerned about the profits they make from black players than black humanity. Their silence on the issues of racism and police violence, he says, speaks volumes and their message is loud and clear: “We don’t care about your livelihood. All we care about is [that] you come in and dribble the ball, throw passes, run up and down the field, and make us money and bring fans in. We don’t care that your little cousin just got shot by the cops. That doesn’t affect us.”

Knowing that the world is watching, Jackson says the fight for black lives is bigger than him and basketball.

“We have the chance to make change right now,” he said. “You can’t say you support black people, you love black people, [and] you love us playing basketball, but you don’t care about us as human beings.”