Stephen A. Smith on Kaepernick: 'Stay the Hell Away From Me' 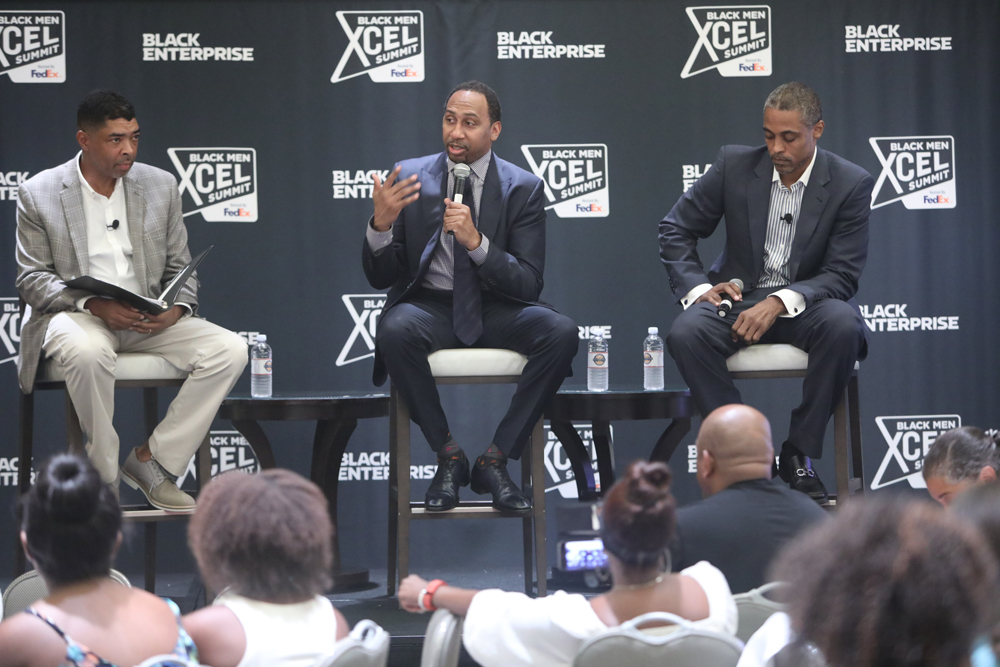 Colin Kaepernick has remained a news fixture for well over a year now and was even brought up during a riveting panel at Black Enterprise’s inaugural Black Men XCEL Summit.

The panel, “Black Men in Sports: The Good, the Bad, and the Reality,” featured iconic figures in the sports industry including ESPN commentator Stephen A. Smith and retired NBA player Rod Strickland. The panel moderator was Keith Clinkscales, founder and CEO of The Shadow League.

During the session, Clinkscales remarked that the discussion that’s “going on all over the place” is what is happening with Kaepernick.

Strickland weighed in. “My whole outlook on it when I look at it—it’s just kind of strange because we had somebody who made a stance and he made a stance because he felt there was racial profiling, blacks were being beat up by cops and there was injustice…,” he said.

Smith, known for his fiery and often controversial commentary was much more impassioned with his opinion on Kaepernick.

“My only issue with Colin Kaepernick is when he announced to the world that he’s not one to vote. If you are black and you don’t believe that it’s important to vote, just do me a favor and stay the hell away from me….don’t talk to me, don’t look at me, I’m not interested in hearing that level of ignorance,” Smith said.

Kaepernick became a center news item again just this week after the arrest of Seattle Seahawk Michael Bennett. Bennett shared on social media that he was roughed up and thrown to the ground by Las Vegas police officers after an incident in a casino and was also threatened with a gun.

Bennett has shown solidarity with Kaepernick in his protest against police brutality and racism. In June, Bennett spoke out about Kaepernick remaining undrafted by any NFL team.

Watch the entire video of Stephen A. Smith’s remarks on Kaepernick’s at the Black Men XCEL Summit: