Steve Harvey is 'Fine' With Lori Harvey and Michael B. Jordan's Breakup, 'Get Out Early' 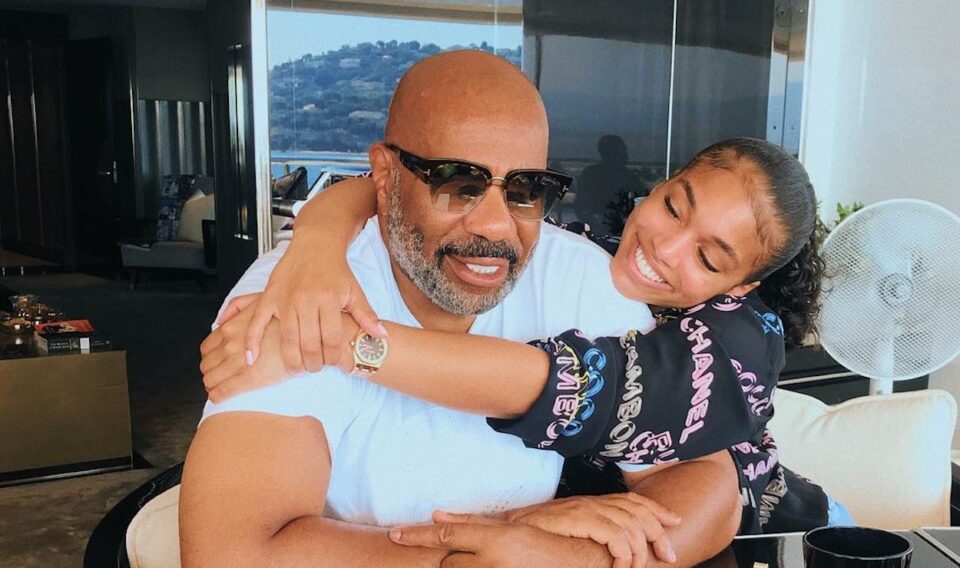 Steve Harvey is putting his full support behind Lori Harvey amid news of her breakup with actor Michael B. Jordan.

On Mondy, Harvey took to The Steve Harvey Morning Show to share his response to the trending news of his daughter ending her one-year relationship with Jordan.

For anyone wondering if the Original King of Comedy feels any sympathy for Jordan amid rumors that Lori was the one who ended the romance, Steve made it clear that he’s on his daughter’s side.

Steve credited his daughter for being able to date as a high-profile star. The Cleveland native also made it clear his main focus is his daughter’s safety.

“Look, as long as everybody can walk away in peace, be friends… I ain’t heard nobody say they busted no windows or nothing,” he said.

“As long as you don’t put your hands on my daughter, I don’t give a damn what you do.”

After spending the holidays with Jordan and gushing over the Black Panther star’s nice gifts to the family, Harvey still expressed his support for the actor.

“He’s still a cool guy… from what I know. It’s a breakup. I’m pretty sure they’ll be fine. People break up all the time,” Steve said.

The comedian, who’s in his third marriage and hails as a best-selling author with his Think Like A Man relationship guide, credits Lori for teaching him a lesson he could’ve used during his first two marriages.

“I just wish I could have broke up without the cost factor!” Steve jokingly said. “I got to start learning from my children, get out early! I waited way too late.”