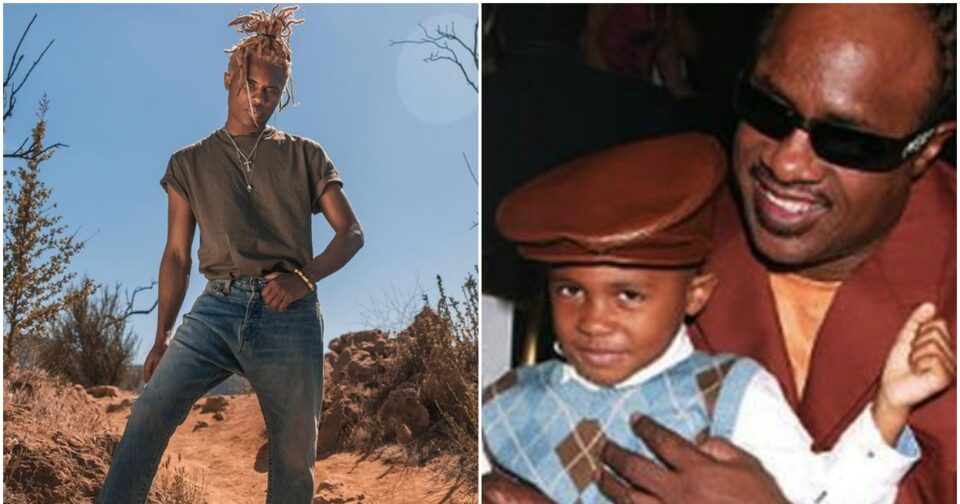 Though Stevie Wonder‘s son Kailand Morris originally seemed destined to continue his father’s musical legacy, he has followed his designer mom Kai Millard into the fashion world instead.

Morris, who turned 20 in early September, has emerged as a favorite of both high-end designers and some of the most coveted titles in fashion press. The shots the young model shares via his Instagram page showcases his work with brands like Balmain, Dior, Lacoste and Dolce & Banana – with whom he made his runway debut in 2018.

He also shares quite a few editorial profiles and covers celebrating his achievements as a rising figure in the fashion world. Just last year, he covered L’Officiel Hommes Italia, W Korea and The Glass Magazine, with each cover accompanied by a profile on the young talent. He even recently shared cover model responsibilities with his brother Mandla Morris and both of his parents, who divorced in 2012.

Morris has also started making strides towards a promising career as a fashion designer himself, taking the proper steps to establish himself. According to WWD, he interned with Dior’s artistic Director in Kim Jones in 2019, which not only gave him insight into the business side of fashion, but also led to a run as the face of Dior’s Modern Tailoring collection.

He has also established his own like, House of KOM, which last summer released a fundraising T-shirt benefitting Black Lives Matter. “A huge passion of mine ever since I was a kid was to be able to provide and give back to communities, families, people…all around the world,” he told WWD last year. “Now being able to do so through a work field that I am also very passionate about, which is fashion design, is a true dream come true.”

As he preps his first capsule collection, Morris tells The Glass that the line will always serve at least one greater purpose. “One of the backbones of House of KOM is that everything we create fabric-wise, from a bag to a shirt, is all 100 per cent sustainable, re-usable, recycled fabrics,” he explains. “People think if you are using a recycled fabric, it is not going to have the same quality and not feel like high-end luxury, but you would really be surprised!”