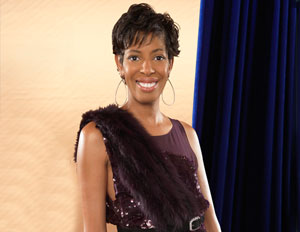 Playwright Lydia R. Diamond is making her Broadway debut with the premiere of Stick Fly at New York’s Cort Theater. Since 2006, the critically acclaimed play has had successful regional productions in Chicago, Los Angeles, Boston, and Washington, DC. The Broadway production touts Grammy-Award winning singer/songwriter Alicia Keys as one of its producers and a composer of the musical score. Diamond earned rave reviews for her adaptation of Toni Morrison‘s “The Bluest Eye,” which launched her onto the national stage. Other works include Voyeurs de Venus, The Gift Horse, Stage Black and Harriet Jacobs. Productions of Diamond’s plays have been mounted across the US and in the UK. The native Chicagoan currently resides in Boston where she is a faculty member at Boston University.

BlackEnterprise.com caugth up withÂ Diamond to discuss her vision behind Stick Fly, a play about a well-to-do family vacationing on Martha’s Vineyard, which explores sibling rivalry as well as issues of race and class.

Is Stick Fly based on aÂ real life family or a personal experience at Martha’s Vineyard?

I had not been at the Vineyard at the time I decided to write the play. I was writing another play involving slavery (Voyeurs de Venus) that was hard for me to research and write emotionally. I decided to do an experiment in writing a traditional play about a family. Stick Fly was to be my fun play. My plays always come out of my characters; they are not real people but they are a composite of people who have made up my world for years and years. I wanted to see what happened when I threw these characters into a room, a confined space over the course of a weekend.Â The themes in my plays are always centered around class and race. I knew that would be in the mix. But I wanted these characters to have fun and bounce off of each other in interesting ways. I thoughtÂ Martha’s Vineyard is the perfect place to explore the intersection of race and class dynamics outside of the Black community and within the Black community.

Outside of Alicia Keys scoring the music, how has the play changed?

There has been music before but the music has changed from production to production. Alicia Keys’ score definitely enhances this production all around (the music plays during the scene changes with tunes that mingle bass with piano). Since I wrote the play five years ago, I would say it has gone though a lot of tweaks and rewrites. But it has been pretty steady the last couple of productions. I am in rehearsals with the cast sometimes making small revisions based on what flows out of an actor’s mouth more naturally or speaks regionally to a specific audience.

What do you hope audiences will walk away with after seeing Stick Fly?

I never presume anything or to wish for an audience to have a specific experience or take away a certain kind of message. I hope that people have a really good time. I hope that audiences come to see the play and laugh hardily. I hope that they are touched and possibly even challenged. I am really into how much people talk
about it the next morning. For me, that is the mark of the play’s success. If I have done my job, then the things that we have seen stay with us. We talk or argue with our spouse in the car on the way home and again in the morning about what it was we saw.

Is Lorraine Hansberry a playwright who influenced you in any way?

Absolutely, especially with regard to Stick Fly. A Raisin In The Sun in particular is the kind of play Stick Fly structurally wants to be. It wasn’t my inspiration in terms of content or even writing style. But it is the perfect testament of a play. I thought of Ms. Hansberry when I decided to take this experiment on. There are very few African American writers who get into the canon of American writers that we are exposed to in college. My world, who I knew and the writers who I was influenced by, came after I got my training. But August Wilson and Lorraine Hansberry filtered through; they were the Black playwrights who were my role models.

What needs to be done so that we have more diverse voices on the main stage?

We have to demand to see more images of us on stage and the way we do that is by going to the theater. We have been doing that. Part of the movement that has happened on Broadway is that Black audiences have spoken up by going to the theater and showing the money in our pockets can go to and want to go to quality theater that reflects who we are in interesting and different ways.

Check out Alicia Keys, Whoppi Goldberg, Stephen Byrd, and other Black Broadway producers, who are covered in the “The New Look of Broadwayâ€ feature in the December 2011 issue of BLACK ENTERPRISE magazine, on newsstands now.