After Stormy Daniels Interview, Remember These 5 Things Obama Did That Drove His Critics Insane 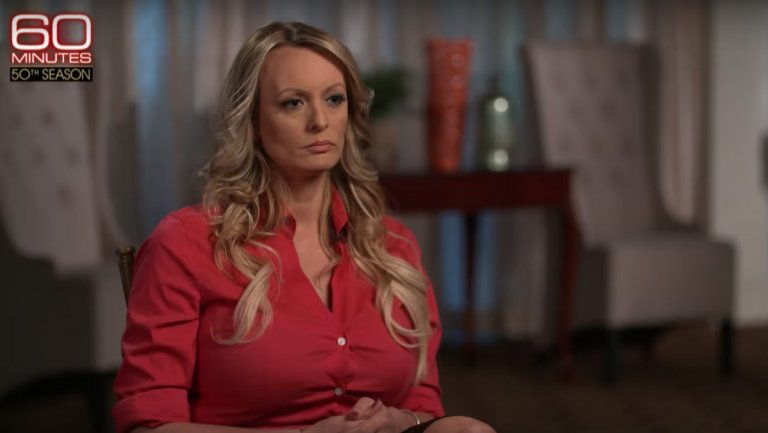 Since former President Barack Obama handed over the presidential mantle to Donald Trump, a day hasn’t gone by without controversy. While the Republican Party deals with a credible threat of losing the majority of its Senate seats in November, Trump is dealing with a scandal that could leave his presidency in ruins.

In a televised interview with 60 Minutes on Sunday, former adult film star, Stephanie Clifford, popularly known as Stormy Daniels, confirmed to Anderson Cooper that she did receive a $130,000 payout from the personal lawyer of President Donald Trump’s just 10 days before the 2016 presidential elections. She claimed she was pressured by Trump to have sex with him, even revealing to have spanked the president with a magazine with his face on it.

Although the interview didn’t reveal any new information that hadn’t already been reported in the press, Daniels said she had been pressured and even threatened after she made multiple attempts to tell her story.

So what’s the big deal with an adult film star having consensual intimate relations with Trump over a decade ago? Well, for one, America holds whoever occupies the executive office to the highest of moral standards—for present and past actions. That wasn’t enough to impeach former president Bill Clinton who was had numerous sexual misconduct allegations leveled against him. The liability of President Trump, however, is that his deal with Daniels could be seen as an election expense which violates campaign finance laws.

The scandals and controversies that Trump and his allies are embroiled in seem a far cry from any of the missteps Obama made while he was in office. Obama’s political opponents, however, will have the American public believe otherwise. As a reminder of simpler times, here are five controversial moments during ex-president Obama’s term:

A week after President Obama was sworn into office in January 2009, he didn’t waste any time landing on Fox News’ controversy radar with his implementation of the “button-down” rule—a deviation from his predecessor’s ironclad rule of a coat and tie in the Oval Office at all times.

“I don’t care if it’s warm enough to grow orchids in the Oval Office. Put your suit jacket on,” Andrew H. Card, a former Bush White House official, told the New York Times at the time.

Ken Langone, co-founder of The Home Depot and a well-known Wall Street figure said on CNBC at the time:

“Let me make it very clear, and I’m sure I’m going to get a lot of hate mail because of this, and that’s okay,” Langone said. “I think our sitting president is acting so unpresidential …. He is dividing us as a nation. He is not bringing us together. He’s willfully dividing us. He’s petulant.”

In 2014, while boarding Marine One, Obama offered what CNN called a “less-than-formal salute,” to a Marine standing guard as he exited the presidential helicopter. Critics were quick to pounce on Obama’s coffee cup salute deeming it disrespectful to the traditions of the military.

“Wait—did President Obama just salute the Marines with a LATTE in his hand?!” the National Republican Congressional Committee wrote on Twitter.

While the Daily Caller, a Washington-based conservative new website, said saluting in general is “the “most important of all military courtesies,” citing the U.S. Navy manual on customs and courtesies, it recommends not saluting when one is “carrying articles with both hands or being otherwise occupied as to make saluting impractical.”

Remember when President Obama wore a tan suit to a press briefing and Republicans lost their minds? Simpler times.

While Obama had his fair share of missteps in office, the “tan suit scandal” was blown out of proportion as the president pushed forward the “Obamacare” agenda and as citizens protested the unarmed killing of Michael Brown. Talking heads on Fox News debated if the suit was tan or beige. Even GQ said, “it can’t let this terrible khaki suit fly.”

On July 16, 2009, Henry Louise Gates Jr., a Harvard professor, was arrested in the front of his own house in Massachusetts by local police. Gates Jr. told his story, which is all too familiar to African Americans, even affluent ones, who get profiled and in many cases, arrested. It became a national story.

President Obama was just six months into his first term, focused on stabilizing the economy and passing “Obamacare” when the news broke. A week later, during a press conference about healthcare reform, the D.C. bureau chief for the Chicago Sun-Times asked Obama his thoughts about the Gates Jr. incident. The president spoke candidly:

“Now, I’ve—I don’t know, not having been there and not seeing all the facts, what role race played in that. But I think it’s fair to say, number one, any of us would be pretty angry; number two, that the Cambridge police acted stupidly in arresting somebody when there was already proof that they were in their own home. And number three, what I think we know separate and apart from this incident is that there is a long history in this country of African-Americans and Latinos being stopped by law enforcement disproportionately.”

“To make such an off-handed comment about a subject without benefit of the facts, in such a public forum, hurts police/community relations and is a setback to all of the years of progress,” James Preston, president of the Fraternal Order of Police Florida State Lodge, said.

Former Republican Congressman Thaddeus McCotter said he would introduce a resolution in the House of Representatives calling on the president to apologize to the police officer who arrested Gates Jr. The story dominated airways and hallways, mounting pressure on Obama to apologize.

Then President Obama hosted Gates Jr. and Sgt. Crowley in what is now deemed the “Beer Summit.”

In 2015, President Obama teamed up with Buzzfeed to sell “Obamacare” to the online publisher’s enormous young audience. The video, titled, “Things People Do But Doesn’t Talk About,” featured Obama in front of a mirror making various expressions. He was shown drawing the picture of a little girl, even using a selfie stick and a “Thanks, Obama” joke. Cool, right?

Leland Vittert said that it could be interpreted as Obama “not taking his job seriously.” He drew parallels between the selfie stick and Obama going golfing after the brutal beheading of James Foley. Angela McGlowan, a black commentator on Fox said although she understands the president’s desire to connect with millennials, “it’s unacceptable behavior in the Oval Office and for the president of the United States.”