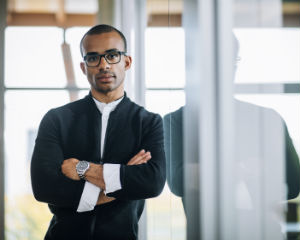 A majority (51%) of the 80 million millennials in the U.S. currently own a business or say that they want to be entrepreneurs. Yet, the number of young adults to actually start a business is at its lowest level in 20 years. Research shows young adults have fallen from the largest cohort of new entrepreneurs to the smallest. Now it seems that a contributing factor is overwhelming student loan debt.

Young Invincibles, a research and advocacy nonprofit focused on economic opportunity for young adults, released an issue brief,Â At the Extremes: Student Debt and Entrepreneurship.Â With the nation’s student debt at a record high of $1.3 trillion, the report finds that higher student loan debt corresponds with lower rates of young adult entrepreneurship.

“We know that a majority of millennials currently own or are interested in owning a business, yet we’ve seen them shrink from the largest cohort of new entrepreneurs to the smallest over the last two decades. That should be cause for concern as our nation’s small businesses create the majority of new jobs in our economy,â€ said Tom Allison, Deputy Director of policy and research at Young Invincibles and co-researcher on the report, in a released statement.Â “Student debt has now reached 1.3 trillion dollars nationally, and our latest analysis found that higher student loan debt generally corresponds with lower rates of young adult entrepreneurship.â€

Laura Checovich, Policy Fellow at Young Invincibles and co-researcher on the report, added, “While we found some connection between lower rates of entrepreneurship among young adults from middle-income families, we need more student-focused data tracking to truly understand the impact of student debt.â€

Most Young Entrepreneurs Are Women And Minorities

During a briefing on the results at Young Invincibles’ national headquarters in Washington, D.C., attendees heard from two young entrepreneurs share their stories and talk about the role student debt has played in their entrepreneurship journey.

One of them was Rahama Wright, Founder ofÂ Shea Yeleen, a social enterprise empowering women in northern Ghana, through the sale of shea butter beauty products, distributed across worldwide. Wright said this on the matter, “I know a lot of people struggle with student debt. I avoided that for the most part by attending a less costly state school back home. Even so, I took risks to build my company. I deferred the loans I did have for about a year so that I could take the money I saved, leave my job, and pursue a path to social entrepreneurship.â€