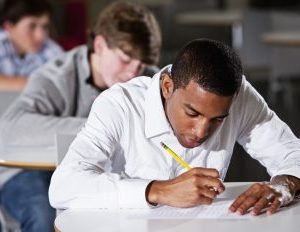 The New York Times reports that the two studies show convincingly that money makes a difference, although money alone doesn’t eliminate gaps in achievement, nor is it the only significant driver of improvement.

Parental education, poverty, and school organization are all cited as contributors to educational outcomes, as are others, such as teacher quality and students’ physical and mental health.

But, money matters, and that’s why wealthy parents often raise lots of it for their already well-endowed schools, giving their students an extra advantage.

According to the Times, the studies showed a consistent pattern. Using results from the NAEP, the National Assessment of Educational Progress, the researchers saw that “states that send additional money to their lowest-income school districts see more academic improvement in those districts than states that don’t.â€ The Times called the effect “significant.â€

A second study looked at longer-term outcomes and “found that for poor children, a 10% increase in per-pupil spending each year of elementary and secondary school was associated with wages that were nearly 10% higher, a drop in the incidence of adult poverty, and roughly six additional months of schooling.â€

The PISA results were published last week, and although the U.S.’s performance is decidedly mediocre, Andreas Schleicher, who runs the Programme for International Student Assessment, has in the past noted that the U.S. is exceptional for its pattern of giving advantaged students more advantages, like better teachers, more money, and greater resources; and giving poorer students less.

On his page of the websiteÂ TheFiveThings.org, Schleicher writes, “Some of the world’s most advanced education systems have far greater levels of income inequality and social heterogeneity than, for example, the United States. Their education systems are able to moderate inequalities because they attract the most talented teachers to the most challenging classrooms and the most capable school leaders to the most disadvantaged schools, thus challenging all students with high standards and excellent teaching.â€

Interestingly, American wealth can’t buy the highest PISA scores. America’s highest scorers don’t score as high as the high scorers of high achieving countries. Maybe if we developed a policy of greater funding for districts and schools that are more challenged, all our students would do better.