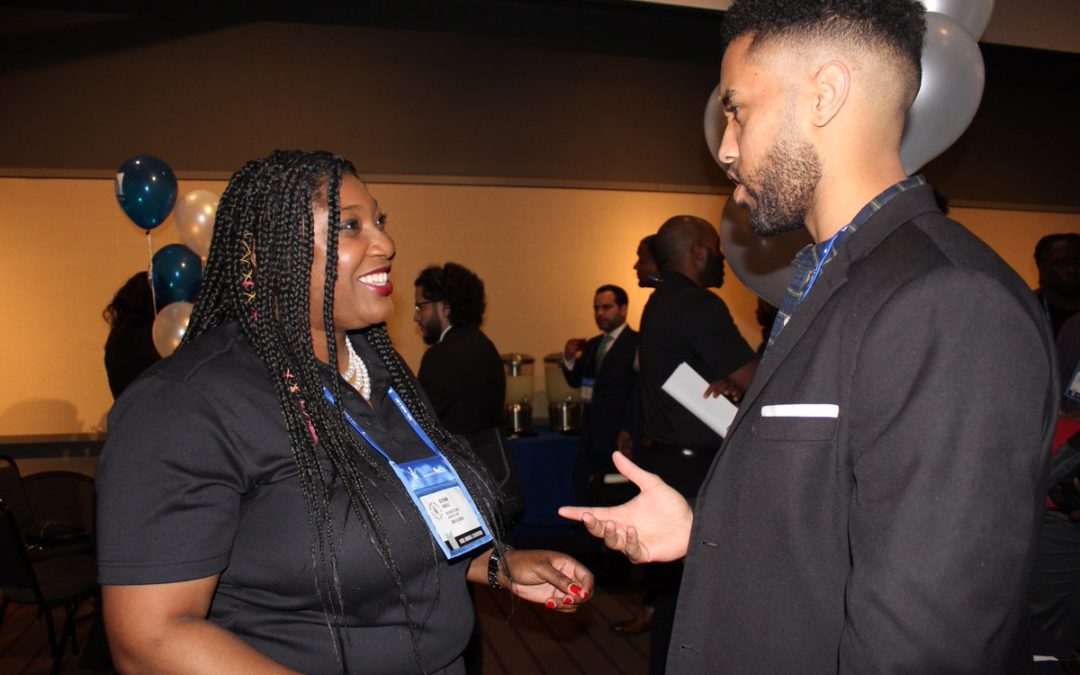 For decades, the need to diversify the engineering profession—in gender and race—has long been emphasized and even as resources pour into engineering schools coupled with an increased attention on the issue, women of color still comprise less than 2% of all professionals in the engineering workforce.

Given the already low representation of women of color in the engineering field, a newly released joint study by the National Society of Black Engineers, and the Society of Women Engineers, highlights several factors that contribute to the dearth of minorities and women in engineering.

To understand their experiences, researchers interviewed over 30 women of color who were one to five years into their engineering careers, and have graduated with a bachelor’s degree between 2011 and 2015.

One of the hindrances to diversifying the engineering profession that researchers found is the lack in confidence and encouragement from people who have a great deal of influence in young girls’ lives, including parents and mentors. Although most of the women in the study provided examples of support from family, friends, peers, and teachers along their engineering journey, some said they had few role models to follow. For such students, external support is critical to ensure that they have someone with whom they can share their experiences and explain what it really is like to be an engineer, and more importantly encourage their interest and success in the profession.

“I remember when I told my dad I was doing mechanical engineering. He was like, ‘Are you sure?’ He’s one as well.… As a black man, he’s like, ‘This is going to be hard. And you’re also a woman. Are you sure you’re ready for this?’’… And now that I’ve been at work for a couple years,

I know exactly what he meant.”

The researchers say some women expressed disappointment that their chosen path has not offered the level of impact that they sought out, particularly because women are drawn to careers that they believe have social impact. One woman who participated in the study even cited her alma mater as a source of misinformation.

“You really don’t make the difference that you think you’re going to make.”

Gender and Racial Stereotypes and Biases:

All African American women in this study referenced gendered racism, a hybrid phenomenon in which the effects of racism and sexism are experienced simultaneously. Interestingly, a number of other women in the study referenced an uncomfortable work environment due to gender rather than their race.

Numerous participants in the study also shared their struggles to fit in after realizing that they were a minority in the engineering workplace. Some expressed feelings of isolation, while others shared experiences with bias–both blatant and implicit.

For many engineers, relocation is a must and taking women into areas of the country where people are less familiar with seeing a female engineer of color in the workplace. In some cases, the study found that it led to more instances of isolation, overt bias, and stereotyping.

“At work, I definitely deal with people assuming that I don’t know what I’m talking about or I’m just some gentle, meek person because I’m a woman and not a man…. You lace that with the fact that I am black, and I look different than probably most of the people that are here….The fact that I have to speak about how I’m going to do my hair so I don’t get questions and so people don’t ask me why is your hair so different every day…. That’s something I actually think about: How do I do my hair before I go to work because of the environment I’m in.”

Many of the women who participated in the study mentioned that they had not really felt that they stood out as a minority female in engineering until they reached the workplace. Only the African American women in the study discussed isolation in college, where they had few peers who looked like them in their classes. Several African American women mentioned encountering stereotypical racist assumptions in the workplace that brought attention to the fact that they were one of very few.

“I know I’m 1% of people that … look like me. I’ve known that through most of college. I’ve always counted. So sometimes when I do feel insecure, it does bring up that you’re also the only person of color or female in there.”

Though some women said that they were initially satisfied with their salary offers when they took the job, a number of women stated that they learned later that they received less than others at their level.

Some women even said that they received mixed messages in regard to their performance. In many cases, the reason for being passed over for a promotion was unclear because they received a positive evaluation.

“I feel I was treated fairly in my work evaluation. But the money did not correlate to that. So I feel I wasn’t treated fairly…. If I was [rated] highly successful in what I did, then why is my raise so low? I feel on merit they were aware of how much work and how well I did my work. But they didn’t acknowledge it, because the money wasn’t there.”

Strategies Used to Overcome Those Challenges

The women in the study used different strategies to overcome the challenges they experienced in their early career. The women said they focused on strategies that involved changes in the ways they interacted with colleagues or managers, particularly strategies that boosted their self confidence, finding their voice and gaining recognition for their work.

“Everyone is literally super welcoming and very friendly. And if they say anything that has racial or sexist undertones, it’s literally because they don’t know any better…. They don’t really understand diversity. They probably don’t know that many black people. It’s just a different mentality. And I just have to learn to understand where they’re coming from…. I feel like I can voice my opinions. I can be myself. It wasn’t always like that. I had to get over my own fears.”

“One time I was working with another young engineer. Neither of us knew anything about the program, and both of us needed some extra work…. When we went into the meeting, I was never addressed, especially by name. We were sitting next to each other, and neither of us spoke. I mean, we both knew people in the room. But they would continuously address him and say he can be working on this; he can do that…. I think, looking back on it, I should’ve maybe spoken up a little more and been like, well, okay, he’s doing that part. What should I be focusing on? And I think now that I’m slightly older–it’s been over a year since that and I have started speaking up at meetings more. I make a point the first time even just making a joke–just speaking to make my presence known…. I’m easier to ignore than him, is what it felt like.”

“I try to be friendly to everyone because you don’t want to have people thinking one way typically about you because you are a woman of color…. So I try to treat everyone the same. I try to be at least cordial and happy and bubbly and make friends where I can. I try to connect with the other people of color in my organization just to build that connection, have them to lean on if I am feeling kind of weird about a situation–especially if they’re higher up than me.”

SUPPORT SYSTEMS FOR ENGINEERS OF COLOR

The women who participated in the study said they relied on external support systems to assist them during their job search and in the first years of their engineering career. The ones who were most successful in their careers were those who indicated that they had a strong support system in place.

“I came across this particular position by reaching out to a friend at the other company I was working for, but she was leaving…. She was like, ‘Keep in touch. As soon as I hear anything about an opening, I’ll let you know.’ And that’s essentially what happened. I just kept following up with her over the next few months. And luckily an opportunity came, and I applied and was hired.”

“My university had an amazing career center where you got resume support. And before you could post it to our online system for companies to look at, they had to approve it and review it. And you have to edit it. That was really helpful. And it also sponsored on-campus interviews. We had a great location where the companies could come. We were just on campus, so you didn’t have to travel. That was really helpful. We definitely had a career fair every semester of the fall and spring.”

“I have another mentor who is also assigned to a company-wide program…. And we talk all the time…. And we are as opposite as can be. She’s not black–but definitely very different backgrounds and upbringings. And we talk about all things: gender, race, you name it.”

“Mostly my coworkers and peers–people that I work with who most of the time vouch for me or attest for me. They’re like your sponsors. They’re not your mentor but people that can advocate for you and your work.”

“I like the conferences NSBE held…. They give you an introduction. They give you a one on one of what this company does. It did help a lot with the job search and where I saw myself working. It helped a lot.”