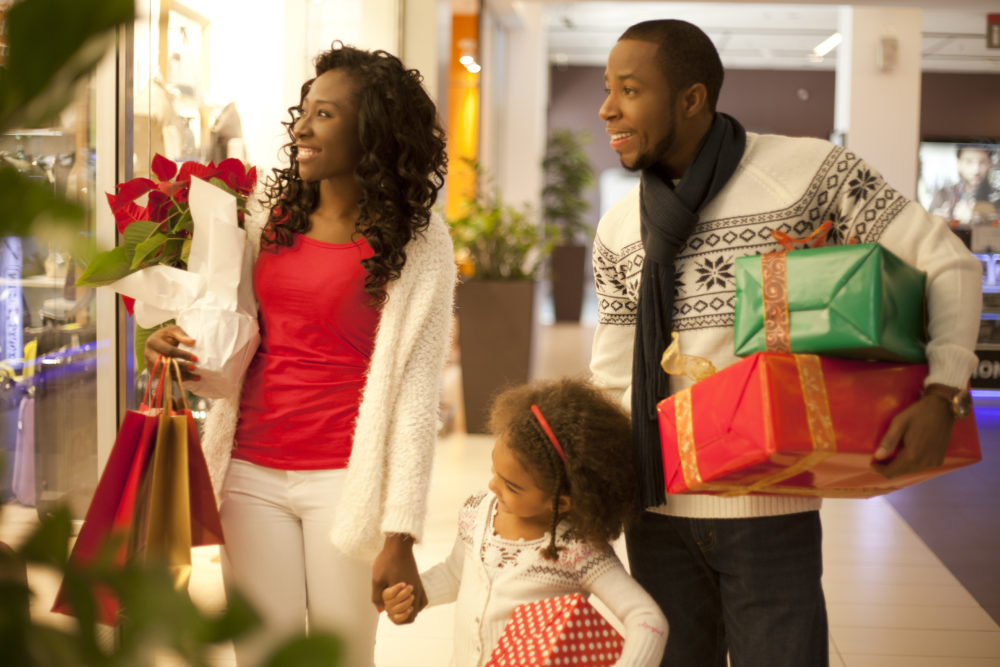 (Image: iStock/M_a_y_a)
When it comes to holiday spending this year, men will dig much deeper than women, a new study shows.
Men are facing holiday expenses on average of $1,428, almost twice as much of the $786 women plan to payout, according to a study from Lincoln Financial Group. The purpose of the study by the Radnor, Pennsylvania-based financial services company was to determine how Americans think about their personal financial situations, their financial priorities and plans for the year. A total of 2,500 Americans ages 18 and older, including 394 African Americans, were surveyed. Online interviewing occurred over a 12-day period in November.
Simultaneously, the study revealed that millennials will deck the halls by spending $1,400 on the holidays, about $500 more than baby boomers and Gen Xers. Millennials are often viewed as being more conservative than their two older generations. On average, Americans will spend more than $1,000.

Other findings from the study include:

Another interesting discovery from the survey revealed that only 51% of people have a budget for holiday spending. That means just under half of all shoppers don’t take the time to make a budget or even know how much they spend.

Lincoln Financial offered these tips for holiday shoppers to consider:

Plan ahead and make a budget

Smart shoppers will make a budget, check it at least twice and stick to it. “It’s tempting to splurge at this time of year, but it’s important to ensure that holiday spending doesn’t derail your finances,” said Jamie Ohl, president, Retirement Plan Services, Lincoln Financial Group. “As with all financial matters, planning is a good way to stay on track, even when you’re tempted by sales and impulse buys.”

Save money throughout the year for holiday spending

While millennials are spending more, they are also the generation that is most likely to save for their holiday expenditures. Some 64% of millennials plan ahead for December spending, while only 49% of Gen Xers, 36% of boomers, and 28% of Goldens put money away for holiday expenses.

Anyone who receives a new wallet this holiday season may have less cash to put in it, thanks to their holiday spending. Nearly a third of all Americans often start the new year with holiday debt, and 31% of those who do set a budget for the holidays have trouble sticking to it.

“Gifts you give others shouldn’t be at the expense of your own financial future,” said Ohl. “Planning ahead and creating a holiday budget can help ensure that you’re able to spend this holiday season without sacrificing your other savings or even more importantly, your retirement savings.”

Focus on what is important (and free)

Traditions drive many events around the holidays, but spending doesn’t necessarily align with people’s favorite traditions. Whether giving for eight days or one, gifts are the biggest holiday expense for 67% of Americans, yet only 8% say that purchasing or giving gifts is their favorite holiday tradition. Many reported no cost associated with their favorite traditions, including gathering with family and friends, sharing a special meal, attending religious ceremonies, and enjoying lights and decorations.

Treat yourself to a great holiday, years from now

Millennials are the most likely to take advantage of holiday sales to buy what they really want— 62% spend money on themselves as well as others during the holiday season versus 49% of Gen Xers, 37% of boomers and 27% of Goldens. But rather than spending extra money on gifts for themselves now, shoppers may want to instead bolster their retirement savings or expenses related to education or long-term care. See some online tools, calculators, and information on financial planning at lincolnfinancial.com.