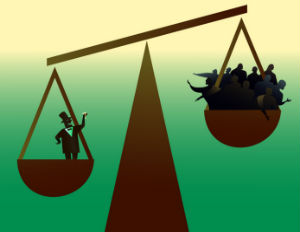 We’ve all discussed income inequality, the wage gap in the United States and how the scales seemed to be tipped in favor of the “1%,â€ but a report by the Center for Effective Government and the Institute for Policy Studies finds that when you look at the retirement assets of America’s top 100 CEOs, gaps become chasms, largely due to special perks that are off limits to those who need them most. 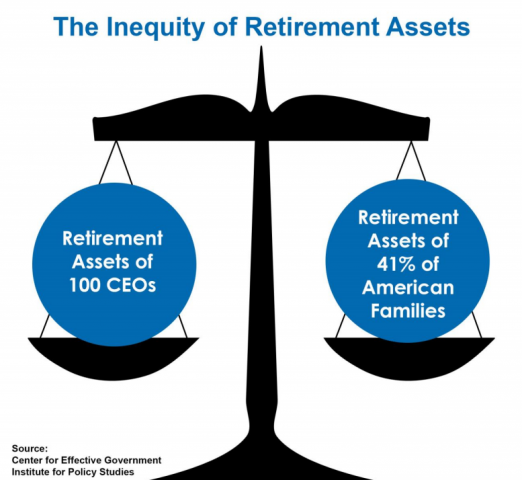 [Related: Viagra and Social Security? Why Uncle Sam May Owe You Alot of Money]

Researchers also point out that just 18% of private sector workers are covered by a defined pension which guarantees monthly payments in 2014, and that nearly half of Americans have no access to retirement plans at work.

“The CEOs’ extraordinary nest eggs are not the result of extraordinary performance,â€ notes Scott Klinger, director of Revenue and Spending Policies at the Center for Effective Government. “They are the result of rules intentionally tipped to reward those already on the highest rungs of the ladder.â€

The data also suggests that the gender and race gaps persist even among the retirement assets of the top CEOs:

“The CEO-worker retirement divide has turned our country’s already extreme income divide into an even wider economic chasm,â€ says Sarah Anderson, Institute for Policy Studies Global Economy Project director. “And what few realize is that the trends of expanding CEO pensions and increasing worker retirement insecurity are inextricably linked.â€