SUCCESS BEYOND BARS: HOW PIGEONLY CONNECTS FAMILIES WITH THE INCARCERATED 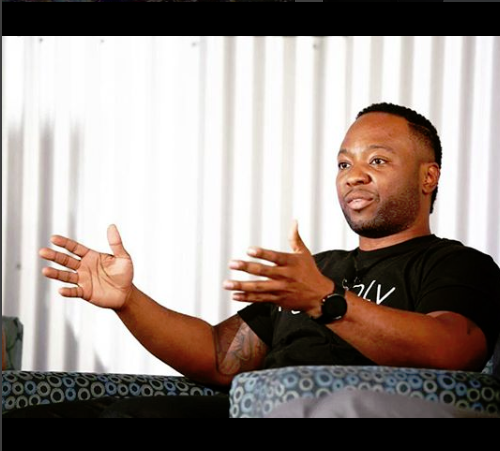 BLACK ENTERPRISE has developed the Success Beyond Bars video series — sponsored by Koch Industries — to spotlight individuals who have been incarcerated and turned their lives around by creating innovative, impactful ventures to change our world. Our second profile features Frederick Hutson, founder and CEO of Pigeonly.

It was Frederick Hutson’s time behind bars that led him to create a unique support system for the incarcerated: Pigeonly. Through his tech platform, he has helped inmates not only connect with their loved ones, but improve their financial lives.

Hutson, who was born in Brooklyn, New York, and raised in St. Petersburg, Florida, launched Pigeonly in 2013, after serving five years in federal prison for distribution of 8,000 pounds of marijuana at the age of 23. Once incarcerated, he came to realize that “there’s this huge population of people that no one’s paying attention to. It was always very difficult and expensive for us to stay connected. I knew then that there had to be a better way. That’s the genesis of the whole idea.”

Initially, he started Pigeonly to make it easier for people to get photos, which is “a big demand item,” seeking to bridge the gap between those who live in a digital world and inmates who operate in an analog environment. “If you wanted to send photos from your Facebook or from your Instagram you should be able to just click a couple buttons and those photos should be able to be printed, mailed and shipped to your incarcerated loved one. That’s where we started,” he says. “That’s how we started learning the business side.”

In the process, Hutson, who was isolated from technological advancements for a half decade, discovered the innovations needed to drive his company and — due to his tech-enabled, data-driven business model — entered the world of accelerators and VCs. Realizing he couldn’t sustain his company through friends-and-family financing, he started applying to different accelerators and the Silicon Valley-based NewME Startup Accelerator, founded by tech dynamo Angela Benton, accepted him. Hutson says that program gave him the range of valuable contacts and instruction, from packaging his product to perfecting his pitch, that enabled him to refine his business as well as gain financing. For example, he discovered that although Fotopigeon, which allowed its 7,000 users, at the time, to upload photos and send the selected images via mail for $.50 per print (with free shipping and a 3-5 day arrival time), served as the vehicle to gain entrée into NewME, he needed more than a product to generate business. “Going through the accelerator taught me the difference between having a product and owning a business…a lot of people have ideas, but really those aren’t sustainable businesses, those are just product ideas,“ he told BE after his experience.

Even though he created another product, Telepigeon to provide families with an inexpensive means of receiving calls from inmates, Hutson will tell you that Pigeonly is “really a data company and we use our data to drive different products and services, Pigeonly does all the backend work for users and creates consumer-facing products with the data generated.” He says it’s has an ever-expanding database since roughly 13 million people are incarcerated each year.

It was through the NewME experience that he was able to secure a $1 million in seed round of funding from a network of investors, which included Erik Moore of Base VC and Kapor Capital, among others. Today, Pigeonly has been able to raise more than $5 million in capital from other Silicon Valley investors, including prominent venture capitalist Tim Draper. Says Hutson: “I think the real thing when you’re early stage and you’re raising capital, for the most part, the investors are betting on you as an individual to figure it out. They know the business is going to develop.” Moreover, he recently teamed up with Kendrick Nguyen, founder and CEO of equity crowdfunding platform, Republic, gaining more than 100 additional investors through this network.

As Hutson engages on R&D to expand Pigeonly’s reach, he will focus on using data collected through his platform to help other firms drive different elements of criminal justice reform. “One of the decisions we had to make as a company is that there’s a number of services that you can build. You can build something to disrupt the bail industry. You can disrupt the way financial services is done in institutions. You can build something to disrupt the background checks.There’s so many different angles,” he says. “Instead of us trying to go and tackle every single one of those, I think there’s more than enough talented entrepreneurs and people out there that are willing, have the resources, and have the passion to tackle all these different issues. They just need a foundation to build on. We’re building the core data component foundation for all those different businesses.”

In this “Success Beyond Bars” video, Hutson shares details on his personal and entrepreneurial journey and mission to use innovation to provide services for the incarcerated and their family as a means of reducing recidivism and improving lives.