The Most Successful Liberian Entrepreneur You (Probably) Never Heard Of 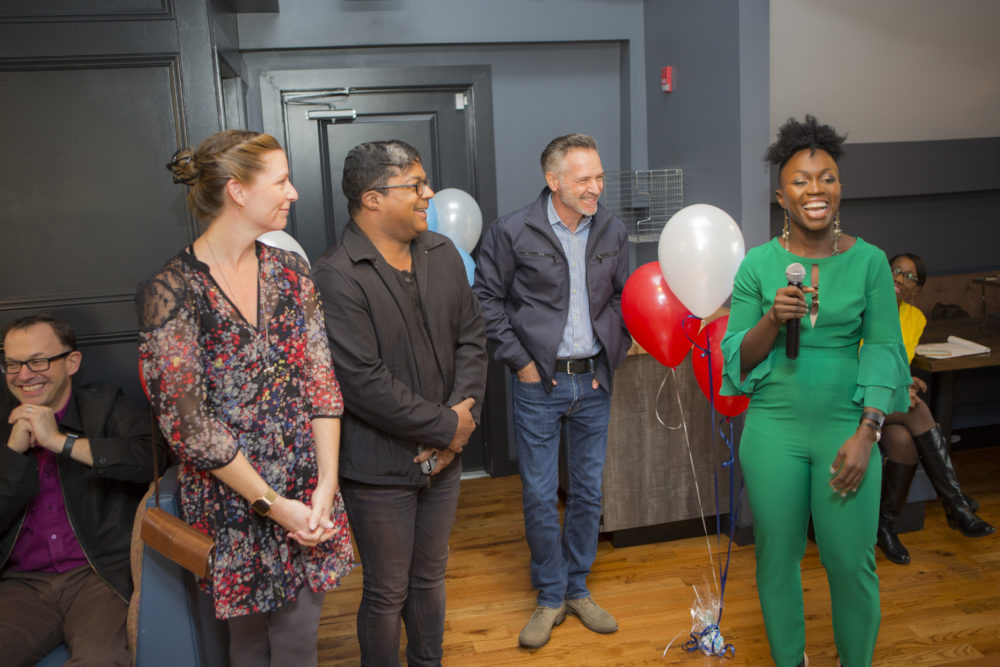 A telltale West African accent peppers Adenah Bayoh’s speech and she freely quotes Maya Angelou and her mentor (in her head) Oprah, when talking about how she’s become perhaps the most successful young black female entrepreneur you never heard of.

How successful? Hailed at 27 for becoming IHOP’s youngest franchise owner, a decade later, Bayoh owns three IHOP restaurants employing a total of 213 people, and is in various stages of development on three multi-use real estate projects that will ultimately encompass more than 800 rental units and 16,000 square feet of commercial retail space, all in northern New Jersey. She approximates the current value of her real estate holdings alone at $266 million.

While the most prominent American entrepreneur of Liberian descent is currently Richelieu Dennis, co-founder of Sundial Brands and freshly anointed savior of the Essence brand, Urban Dictionary’s definition of Liberian is decidedly female: “A goddess, who is beautiful, confident and proud of her background. You know she’s the sh**, and she knows she’s the sh**.”

Bayoh might not tag herself quite that way, but NJBIZ pretty much has, calling her “a one-woman economic engine for the Township of Irvington.”

The recipe for her success combines a mix of root-deep confidence and hardcore push with the kind of innovative thinking and millennial hunger for disruption that largely defines entrepreneurship today. She inherited a dose of extra no-excuses fire from her late grandmother, Jenneh Viskinda, who ran a farm, a bakery business, and her family with little education and zero tolerance for the words “I can’t.”

Never were Viskinda’s example and lessons put to more poignant use than when Bayoh fled her war-torn country for the U.S. at the age of 13.

Now 39, Bayoh says she’s “tired of being the youngest one in the room where deals are done, usually with old white men.” So, the former banker not only encourages other women and people of color to jump into entrepreneurship, she’s creating an opportunity for them to do so with the launch of Cornbread, a restaurant concept that she ultimately plans to franchise.

Opened in Maplewood in October, Cornbread is being marketed as farm-to-table soul food (Bayoh calls it “farm-to-soul”) with patrons placing their orders through a kiosk.

A 2016 survey by the National Restaurant Association found that technology helps increase sales and productivity in restaurants, and provides a competitive edge. However, in a notoriously low-margin business, installing new technologies can be cost-prohibitive.

“We’ve had to educate people,” Bayoh says. “They come in and want table service. We have to introduce the kiosk and how to use it.” There have also been complaints that the chicken is on the small side. “We have to explain that it’s not big because it’s not full of hormones.”

Bayoh insists that Cornbread will not serve any processed food, despite its lower costs. “In Liberia, we picked fresh food and consumed it the same day,” she says. “Doing it is not the most profitable way to go, but it’s the right way to go. And, if you’re going to be disruptive in a meaningful way, you have to stand by that goal.”

She is driven by a desire to improve the gritty urban communities that became a refuge when she escaped Liberia, as well as the realities she faced upon returning there a few years ago.

“It was very emotional,” Bayoh says. “You come back here and think, how can I not do well, especially when women in the marketplace there are doing what they are with so little. In Africa, you can dream as a girl, but you can’t dream that big.”

Her next big dream: To open a second Cornbread location In the next 12 months, before taking it to the franchise market.