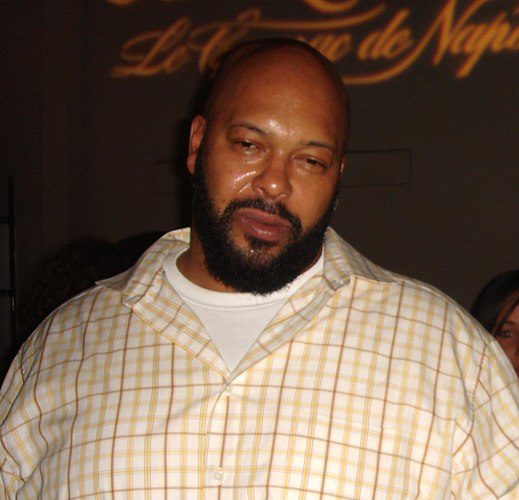 Death Row co-founder Marion “Suge” Knight is setting the record straight about reports that he has sold the rights to his life story to William Raymond “Ray J” Norwood Jr.

Early Monday morning, TMZ reported that the notorious music executive signed over his life rights to Ray J, giving him the authority to make decisions about his tumultuous career while Knight is serving a 28-year prison sentence for manslaughter. Ray J’s manager and producing partner, David Weintraub, also told Entertainment Tonight that the deal was finalized seven months ago and that several major film studios, independent financiers, and documentarians have reached out to work with him and Ray J on a documentary about Knight’s life. However, in an exclusive interview with The Blast, Knight, himself, revealed that the reports are erroneous.

“I just heard about the article being released regarding that Ray J has all my rights television, movies, books, you know all that type of stuff,” said Knight during a phone interview from behind bars. “He don’t. Ray J is not just a friend of mine, that’s little brother, that’s family.”

The music mogul added that his fiancée, Toi-Lin Kelly, is in charge of movies, television, and documentaries. “As far as the person who has the power of attorney, which is Toi, who is dealing with the movie, television [and] a documentary,” he said.

Suge went on to reveal that Nick Cannon will be writing his autobiography. “Nick Cannon will be doing the book personally as a writer, I know he has all the potential and the spirit to be a great writer, he is a great writer, he will be doing my book,” he said. “I can say he is a trustworthy guy, I think you should take notice to it, he’s probably one of the most power players in the industry today who is honest and real,” Suge added. “He keeps his word.”

In addition to being the brother of Grammy-winning recording artist and actress Brandy Norwood, Ray J is the first cousin of rapper Snoop Dogg, who was formerly signed to Death Row Records. The 38-year-old RnB singer is also the founder of Raytroniks, which creates products like electric bikes, smartphone fans, smartwatches, and the signature Scoot-E-Bike.

In September 2018, Knight pleaded no contest to voluntary manslaughter in a fatal 2015 hit-and-run and he is currently in prison after reaching a plea deal for a 28-year sentence.

Listen to Suge Knight’s exclusive interview with The Blast below.