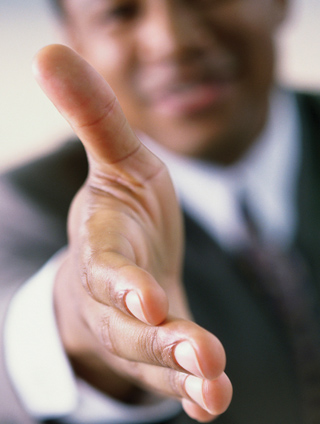 One of the greatest challenges for African American companies is lack of human and financial resources as well as a having a big megaphone to voice concerns. When I landed in the Canyon State I had the good fortune to discover an established but underused vehicle that may offer some relief: black chambers of commerce.

At the Greater Phoenix Black Chamber of Commerce Economic & Career Summit — the first of the US Black Chamber, Inc.’s “Solution Seriesâ€ events – I moderated a panel in which I talked with Ron Busby, USBC’s president & CEO, and Kerwin Brown, chairman & CEO of Â the host organization, Â about the relevance of such groups and their initiatives to move black businesses forward. The energetic, accessible Busby says he’s spent the past year stressing USBC’s five pillars of service: Â advocacy, access to capital, contracting, entrepreneur training and business development.

In covering African American enterprise for three decades, including those among the largest in the nation, I have found it’s always been challenging to rally these businesses. Since 95% of the roughly 2 million African American companies are one-person shops, most business owners believe they don’t have enough time or money for such meetings. However, from lobbying government or opening new spigots of capital, black chambers can offer a proactive, expansive support system. My conversation with Busby and Brown reveals that whether you’re a solo act or a BE 100s company why black chambers may offer the best chance to find strength in numbers. Here are excerpts from that Town Hall session:

BlackEnterprise.com: USBC has developed a solid working relationship with the Obama Administration during the first term. What are your expectations for the development of initiatives to strengthen black businesses in the President’s second term?

Ron Busby: The question that was asked when we were at the White House earlier this year was how we deal with the unemployment rate in our community. Although the numbers are roughly 8% [nationally], in our community — depending on what community you go to — it could be in excess of 20%. We hold the solution to that. If the small businesses in our communities hire one more African-American we would eliminate unemployment initially across the country. We need to ensure that the president understands that there needs to be a small business agenda. Not the 500-plus employee small business agenda that US Chamber of Commerce is pushing. We’re one-employee firms. 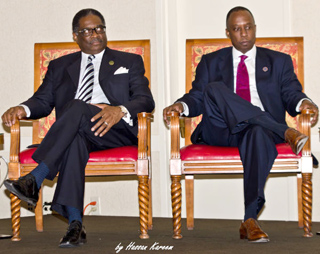 How do we get black businesses to size and scale so that they can have a real impact on unemployment or serve corporate and government agencies that are shrinking their supplier base and bundling contracts? For the most part, African-American businesses are not partnering together so they can go after large contracts. What are black chambers doing on a local or national level to fix this problem?

Kerwin Brown: [Offering] perspective on a local basis, I think the black chamber is the key. I think if we can get to where people understand that you’ve got to have a central entity. You’ve got to have someone who’s going to be the initiator to introduce one business to another business for contracts or to build a business. I’ve advocated this from day one that the black chamber can be that entity. We know who the contractors and suppliers are. The City of Phoenix is starting to recognize that. I talked to some large corporations. That’s why they partner with me.

Are black chambers being viewed as relevant? What have been the challenges to increasing membership?

Ron Busby: As chambers continue to grow and expand across the country, the most important piece they can provide small business owners is to give them value propositions. I’m going to give you a good example. There’s a black-owned business in Chandler, Arizona. She wasn’t even a member of the Phoenix Black Chamber but we did our first event there because her business was just of that quality. I got a phone call from her about six months ago and she said, ‘Ron, I’m having a contractual problem with my SBA officer here in Phoenix. Can you help?’ And I said, ‘Well, first thing I need you to do is join the Phoenix Black Chamber,’ which she did. Then she made her own investment, came to Washington, DC with her attorney and met me for a meeting. Within the first 20 minutes, I was able to make two phone calls for her to the deputy director and another African-American [White House official]. In 30 minutes her problem was resolved, 30 minutes. That’s the value of membership, but we never get that far. We have to think outside of I want a contract. I want a resolution to a problem. We really have to think of what’s the best way to utilize [our] organizations.

What have chambers done to help businesses to gain access to capital?

Ron Busby: I always say we go to the bank too late and we ask for too much. What we need to do is be more creative. One of the things that I am really excited about that Kerwin championed here is [a collaboration between] the local chamber and churches. I found out about this in a faith meeting where they will give or loan a church up to $350,000 to make loans to business owners in their congregations. They will then give $50,000 for technical assistance, and $100,000 to ensure that you have the staff to make sure that they’re good loans.

Kerwin Brown: I found out about the micro-lending program through the SBA, and I was dancing on the ceiling saying, ‘I’ve got to bring this back.’ As I investigated further, it became a chicken and the egg situation because they will offer this program to you after you already have a history of lending. I was not deterred. I still felt like this was something that has to happen. I have been to banks looking for seed money. I have been to everybody [including] venture capitalists so I can get funds to participate in this program. Then, I found out about the CDFI [Community Development Financial Institution] program. There is $100,000 grant coming up that I totally expect to qualify for so that I start this lending process.

Do chambers help entrepreneurs establish a board of advisors for their companies?

Ron Busby: If you go to my website at www.usblackchamber.org you’ll [find] a video [in which] I gave the three tips, and one of them was to develop a board of directors. African-American business owners typically work in their businesses as opposed to working on their businesses. To directly answer your question, we currently do not. I have 240,000 business members that we represent. What we’re planning to do in December is create our President’s Club and [they will be ] those CEOs of African-American businesses that we can really advocate, work deals on their behalf [and] bring to them to the White House.

For more on USBC programs, go to www.usblackchamber.org.