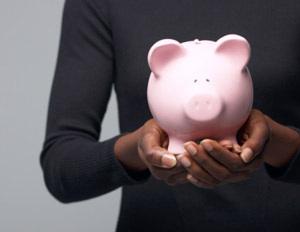 African American financial institutions are banking on you.

Ballentine firmly believes Black institutions and consumers will recover from the Great Recession by pooling resources and strategically leveraging our buying power . “We don’t want to create a minute. We want to create a movement,â€ Ballentine told me earlier this week. “We’re asking everyone to get involved.â€ The call to action has been gaining traction as organizations like the Atlanta Association of Black Journalists have decided to transfer funds to local Black institutions.

Says NBA President Michael Grant: “This program will enable Black banks to shore up their capital base, and they will get a chance to invest in communities by lending money to businesses and, in turn, create jobs,” he maintains. “We’re developing a model for economic development.â€

This initiative was an outgrowth of a grassroots “Community Reinvestment” campaign Ballentine launched with Kim Saunders, CEO of Durham, North Carolina-based M&F Bank (No. 9 on the BE BANKS list with $312 million in assets) some 14 months ago as a means to attract customers to that institution.Â  It proved to be a smashing success: After promoting the effort on his Truthfighters radio program, listeners deposited more than $500,000 in less than two months.Â  By the end of the campaign, M&F garnered over $1 million in deposits. The institution decided to match that sum and launch a $2 million fund to provide loans for area businesses and community members. “You can say that Warren’s initial efforts became a test for us,â€ says Grant. “When he met with a group of our members’ banks about a broader initiative, they loved the idea.â€ Ballentine plans to report on the campaign’s progress during the unveiling of the Dr. Martin Luther King Jr. memorial statue in Washington, D.C., on Aug. 28, 2011.

Point blank: We must do everything in our power to preserve our most valued institutions. Since the establishment of the first bank organized and operated by African Americans in 1888–Washington, D. C.’s Capital Savings, which was supported by Black community members with meager resources who proudly made deposits until assets grew to $300,000 in just four years–our institutions have always been a source of financing for entrepreneurs, home buyers and college-bound students during decades when majority institutions refused to even acknowledge our presence. To this day, they represent financial mainstays in Black communities. Now, Black banks need fresh sources of capital, especially at a time when a number are still reeling from heavy loan losses during the economic downturn and must now contend with stringent capital requirements and overzealous bank regulators. Over the past year, five Black banks have been forced to shutter operations.