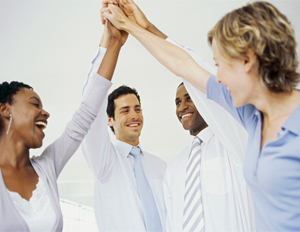 March Madness will soon be underway and with any big sports season or event comes a few friendly—or not so friendly—wagers in the form of office pools.

A new Careerbuilder survey reveals one in five (19%) of workers said they’ve participated in a March Madness office pool in the past, and 11% plan to this year.

At the top of list in terms of most likely to place bets is management staff, including directors, managers and team leaders, representing 24% partaking in March Madness pools. Entry-level and administrative/clerical workers were the least likely at 14%.

In terms of compensation levels, 33% of workers who earn six figures or more said they’ve participated in office pools around the tournament compared to 18% of those who earn less than $100,000 annually.

Check out a few other findings from the survey:

Industries most likely to participate in March Madness office pools:

Office pools are especially popular among men and millennials (at 26% and 22% respectively).

In terms of productivity, these numbers might raise an eyebrow for bosses expecting productivity to drop as soon as the NCAA tournament begins.Â A study by Challenger, Gray & Christmas reports that companies stand to lose at least $1.2 billion for every unproductive workÂ hour during the first week of the NCAA tournament.” Experts advice workers to be aware of company policies on betting and brackets and to tread lightly when participating in activities during work hours.