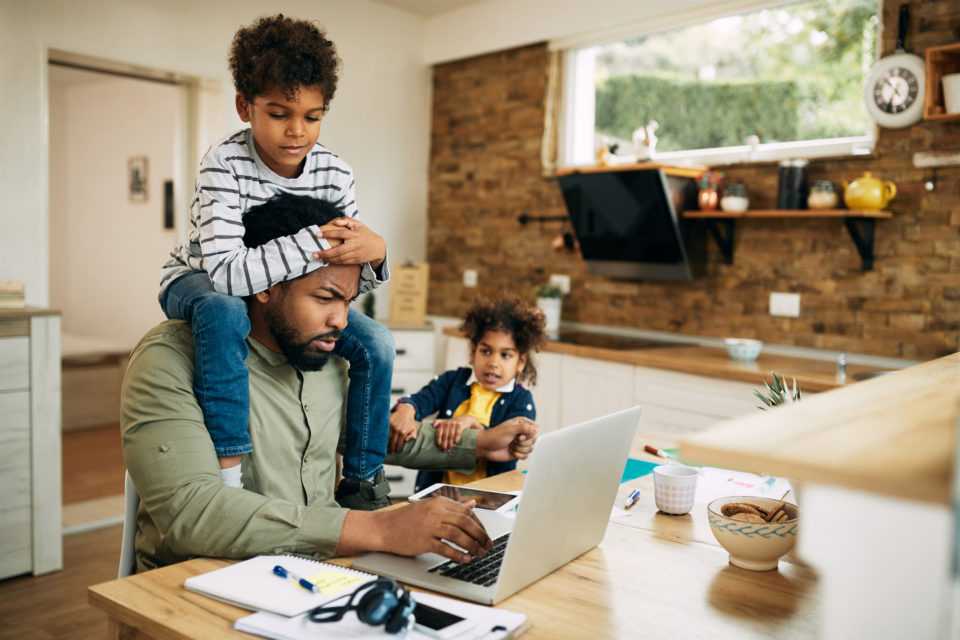 Distraught African American father using laptop and working at home while being distracted by his small children.

Those are among the top findings the small business advocacy organization just announced from its last pop member survey. President Joe Biden this year reportedly added a paid leave proposal in his American Families Plan. Yet aid for such legislation has not been approved by Congress so far.

The fresh Main Street Alliance survey came from 15 industries across 24 states. More than 120 small business owners shared their challenges with the lack of a comprehensive, national paid leave program and affordable childcare, along with priorities for investment in upcoming recovery packages.

Some 89% of small business owners support a national paid leave program that provides up to 12 weeks of paid leave for employees to care for themselves or a loved one for birth or adoption of a child or a serious medical condition. And 90% support investments in childcare, and that figure rose to 93% when tied to a statement stating the program would be paid for “by a tax increase on the wealthy and large corporations so they pay their fair share.”

Entrepreneurs reported that paid leave and childcare are critically needed investments in the care economy.

Some 88% of those surveyed said they faced one or more business challenges due to a lack of affordable childcare and a paid leave program covering small businesses. Some 48% cited competition with larger corporations for recruitment as the biggest challenge, followed by 45% for employee morale and stress, and 36% with hiring or retaining workers.

When faced with the reality of the number of women leaving the workforce this year and questioned on what policies would most support hiring and retaining women workers, 89% supported investments in childcare while 74% backed a paid leave program.

More details and findings from the survey can be seen here.