More Minorities in C-Suite Is Good for Business 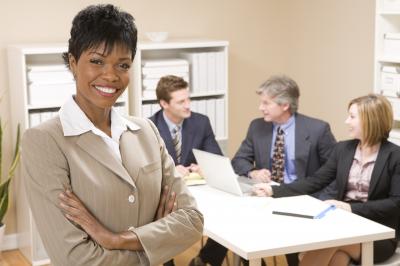 Even if you have a driver’s license, if you’ve never driven before (or if your supervisor doesn’t know that you’ve driven before) then no one will not want to trust you to take the wheel of a school bus; especially when the road is icy and mountainous.

Though it seems like a stretch to compare the job of a CEO to that of a bus driver, the analogy is fitting, according to Ancella Livers, executive director of the Executive Leadership Council’s (ELC) Institute for Leadership Development & Research. Driving a bus carrying precious lives and cargo in bad weather is similar to running a company in these uncertain economic times. If no one knows you have experience doing it, then they aren’t going to allow you to do it.

A poll of 150 executives from a broad range of industries, services and locales, found that African-American women face serious challenges if they desire to take the reigns of their company as CEO. Thirty-one percent of CEOs say those challenges are attributed to a lack of strategic networks, 24% blame them on inaccurate perceptions of black women’s capabilities and 23% believe the problem lies with work life balance demands.

Responses came from companies with revenue of $1 billion and above annually and included CEOs, chairmen, executive vice presidents, vice presidents, and directors. Included in the interviews were 76 black female executives, 18 CEOs, and 38 fellow executives including African American men, white women, and white males.

According to the survey, 82% of senior corporate executives believe it is important to have minorities in senior management roles and they recognize that it is good for business. The findings show that 75% of corporate executives believe that having minorities in senior executive positions is particularly important to providing new ideas and innovation and to better reflect the diversity of customers.

“CEOs want to participate with us on this because they recognize there is a potential for underutilizing people because you really don’t understand all that they bring to the table,â€ says Carl Brooks, CEO at the ELC, a nonprofit organization to assist African Americans in executive roles at major U.S. companies.

He plans to develop ELC workshops and focus groups around the results of the survey to help young black executives and white CEOs learn to communicate better with one another.

The poll was taken between Nov. 4 and Dec. 2, 2008, at a time when there was increased discussion of how Barack Obama’s election would impact opportunities for minorities seeking to move into the C-Suite and on to corporate boards.

Livers says that if black women want to be seen as a contender for the CEO position, they need to seek positions that affect the company’s profits, assume assignments that stretch their responsibilities and reveal their hidden talents, and cultivate strategic relationships at work.

The executives said the best strategies for increasing the number of African-American women in the C-suite are recruiting (27%) and mentoring (21%).