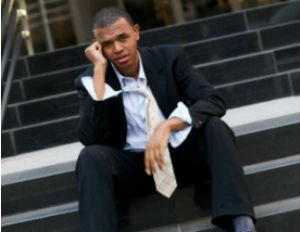 [Related: 5 Tips To Better Prepare Your Family For Business]

The Wells Fargo/ Gallup Small Business Index, a measure of optimism, dropped from 71 in January to 64 in April. It was the first significant decrease since November 2012, Gallup reports. The survey questioned 601 small business owners. Last April, the score was 47.

“The latest Index scores show that while small business owners are in a better place now than a year ago, some still face challenges in this economic environment,â€ Lisa Stevens, Wells Fargo‘s head of small business, said in a statement.

Factors contributing to the decline include lower revenues during the first quarter and a dip in credit expectations from small business owners, according to the survey. Â In the April survey, 42% of small business owners reported that their company’s revenues increased over the past 12 months, down from 49% in the first quarter. The current score is, however, up from a year ago, when 36% indicated that their revenues had increased. Small-business owners’ recent ratings of their revenues are the highest since early 2008, when 45% reported increased revenues.

Business owners also reported modest declines in their perceived ease of obtaining credit in the next 12 months compared to the last 12 months. The survey found that 30% of owners thought it was “easy” or “somewhat easy” to obtain credit when needed in April, down from 34% in January. Currently, 25% of owners report that it was very or somewhat difficult to obtain credit in the past 12 months, up from 20% in the first quarter, and 28% expected it would be very or somewhat difficult in the next 12 months, up from 23%. The latest results are similar to the percentages recorded a year ago.

Still, 58% of small business owners reported they found their company’s cash flow was “very good” or “somewhat good,” the highest percentage since the first quarter of 2008, the survey reveals.

“A decline in revenues can influence business owner perceptions of current conditions and temper their optimism for the year ahead,” Stevens added. “Despite the pull back in optimism this quarter, there’s more certainty in today’s economy than at this time last year, and we’re seeing more promising trends.â€