Sweet Dreams Are Made Of This: Meet Mignon Francois– CEO of The Cupcake Collection 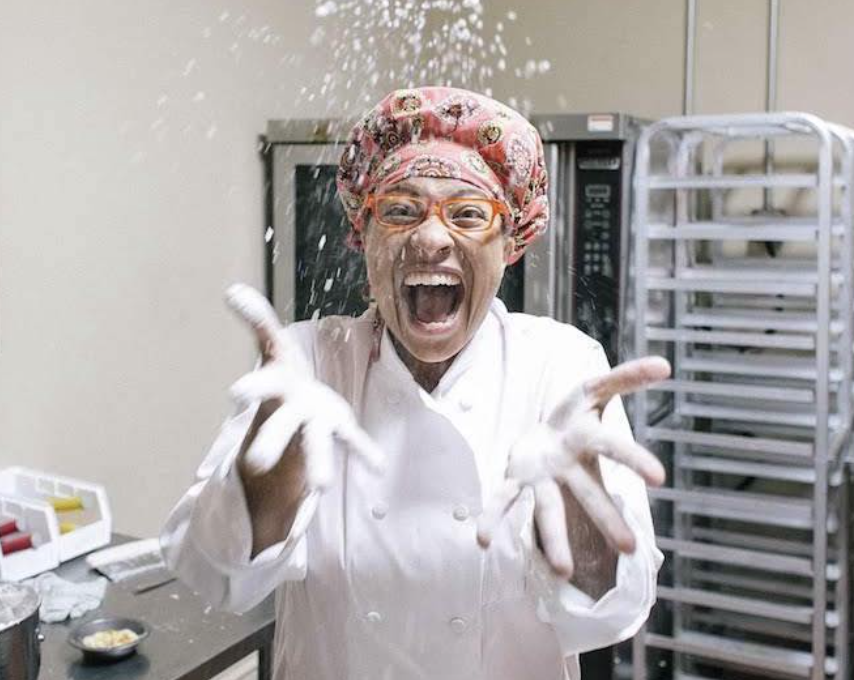 A New Orleans mom took her last $5 and a dream and turned it into a million-dollar empire.

According to Black Business, single mother of seven, Mignon Francois, founded The Cupcake Collection in 2007 after moving to Nashville in 2005. The bustling entrepreneur recalled that her initial start was to help her then-husband, who struggled financially after a new job fell through.

One of Francois’ neighbors recalled the mother’s penchant for baking and gave the pastry maker her first big order. The neighbor ordered 600 cupcakes at one dollar per cupcake, but the cash-strapped mom didn’t have enough money to purchase ingredients for such a large order. The two agreed that Francois would bake a smaller batch of 60 sweet treats, and with her last $5– she made it happen.

The savvy businesswoman credits her daughters with her success.

“It was the passion of my daughters, Brittany and Lauren, then ages 11 and 16. Now, for almost ten years, I have enjoyed creating cupcakes together with my family locally and nationally. Featured daily from my kitchen are the sweet treats we rise early to prepare with you in mind, exactly the way our family has come to love them,” she said via her website.

Francois also noted that she is doing what she loves, and her love of baking and family inspires what she does.

“At The Cupcake Collection, we are not trying to reinvent the wheel. We are just trying to do classic things well,” she expressed. “Our cupcakes taste homemade because they are homemade, right in the space where I raised my family and in my hometown New Orleans.”

The popular pâtisserie has two physical locations in New Orleans and Nashville. The cupcakes can be ordered and shipped nationwide.

We wish her continued success.