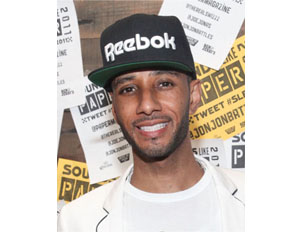 For all of his fame,Â Kasseem “Swizz Beatz” Dean is enigmatic as he is ubiquitous. Yes, we know that his wife is superstar Alicia Keys and the 33-year-old’s music is all over the radio and probably your iPod too. In fact, his image, in TV and print ads, helped bring “Reebok Back” while his personal life has become fodder for celebrity gossip blogs. But beyond those scandalized accounts of Swizz and his appearances in advertisements and on songs, there’s not much we really know about Swizz Beatz.

Behind the beats, cameos and catchphrases lies a visionary. Parlaying his celebrity and wealth into access into upper crust circles of influenceÂ  Swizz has made forays into the worlds of art, education, finance and philanthropy. BE Next linked up with him to discuss how the kid that produced “Ruff Ryder’s Anthem” became a sought-after consultant and collaborator for luxury brands like Lotus and Christian Louboutin. What we learned is, according to Swizz, limits are self-imposed.

Click here to read the full interview at BlackEnterprise.com/BENext