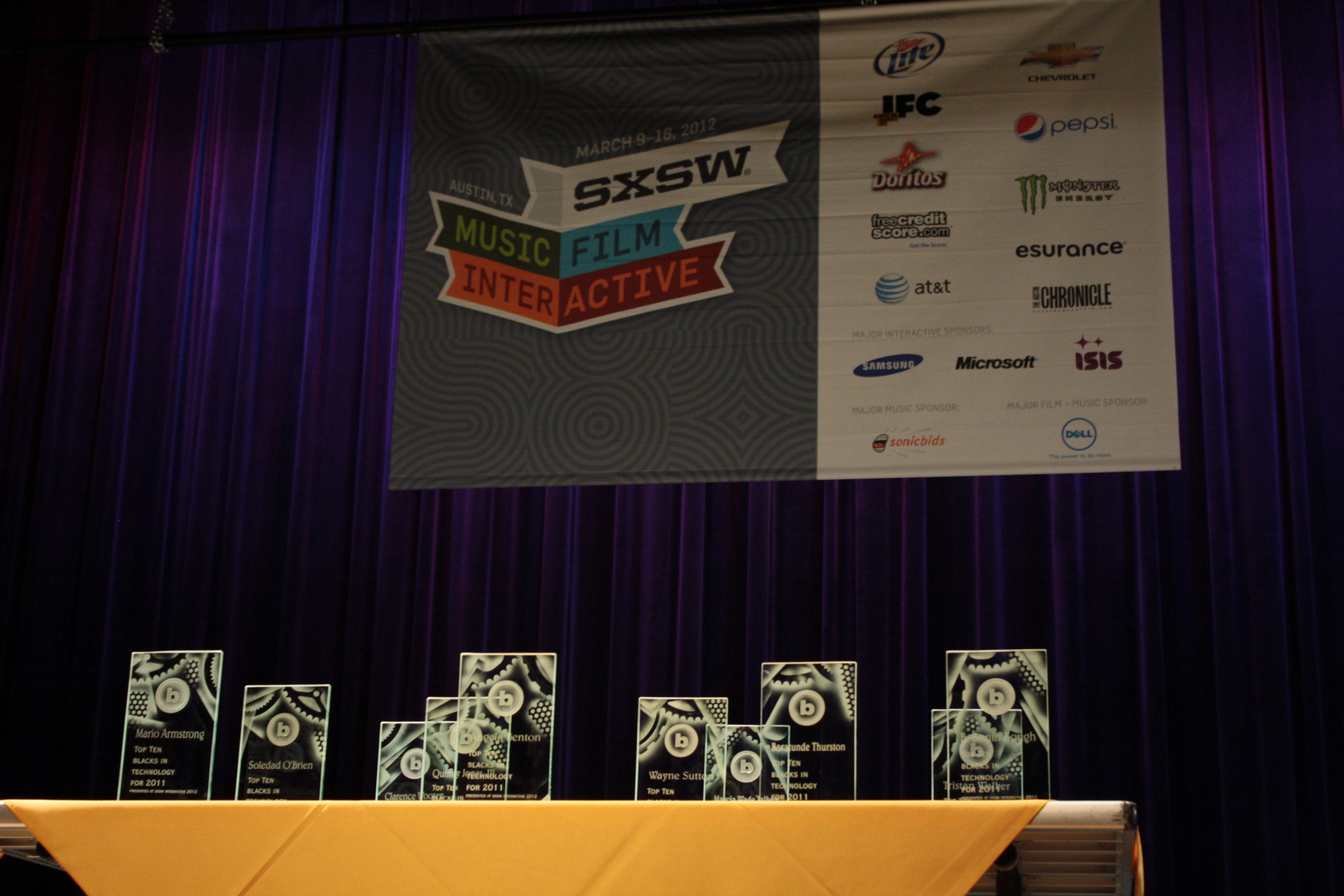 The Blacks in Technology meetup, a networking event for African Americans at SXSW Interactive, has become a highlight for people of color at the conference. Held at the George Washington Carver Museum and Cultural Center in Austin, Texas, the event has become a gathering place for seasoned IT veterans and aspiring entrepreneurs. This year also marked the debut of the BiT Top 10 awards, which highlights 10 African Americans that have made a difference in technology over the past year.

The award ceremony began with remarks from “Black Tech Grandmaâ€ Sharon Simmons Hodge, who shared a personal story about how she turned a family tragedy into a tech invention– the iGotEm app, which uses technology as a powerful crime-fighting tool.

The audience was then graced by 18-year-old inventor and Black Enterprise Teenpreneur Joel Williams Jr. Williams’ Smart Button invention has gained national recognition, and he spoke about being inspired by technology from a very early age.

From CNN’s Soledad O’Brien, whose Black in America special shed light on African Americans in Silicon Valley, to 2012 South By Southwest keynote speaker Baratunde Thurston and Black Enterprise Tech Editor Marcia Wade Talbert, the 10 finalists have made an immense mark on technology this year.

BiT winner Mario Armstrong motivated the audience with a rousing speech, encouraging African Americans to support children and young adults to enter the technology field. He also brought up the topic of “dream killing,â€ or the discouragement of young children from going into STEM-related fields because of the negative perceptions these concentrations often have within the black community.

The most telling moment of the event, however, is when Armstrong asked the entrepreneurs in the audience to stand up, revealing that over half of the African Americans in the auditorium are successful startup founders. He pleaded with those standing to inspire and engage the youth and create a brighter future for blacks in technology.

Follow BlackEnterprise.com’s coverage of 2012 South by Southwest (SXSW) at blackenterprise.com/technology