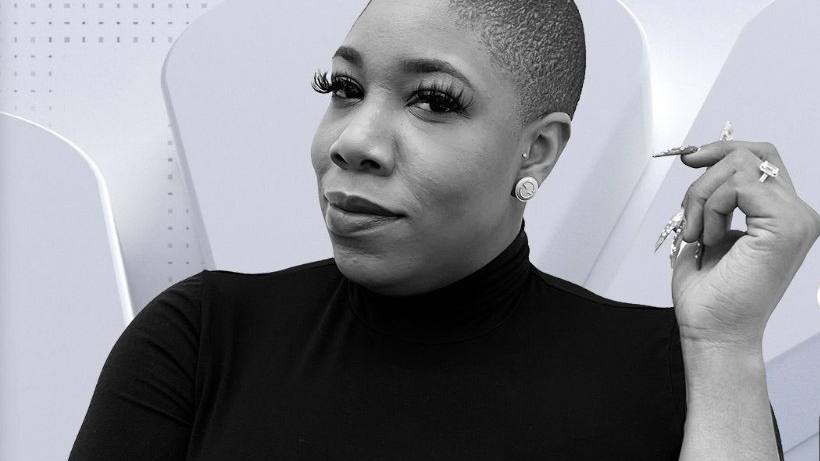 Sanders has joined the network as a news commentator, where she will host new programs across the cable channel and streaming platform.

Sanders announced the new job on her social media account on Monday.

Well I guess I have some news to share this morning. I am excited to join @MSNBC and @TheChoice! I look forward to working with some of the most talented and amazing people in news. There is a lot to learn, but I’m ready to get to work! https://t.co/raCrd7RzZ7

As early as this spring, the celebrated author, who will be based in Washington, D.C., will appear on Peacock’s The Choice from MSNBC and host a yet-to-be-announced show, according to reports.

With her experience, Sanders will bring her expertise and sharp political insight to the cable network’s multiplatform channels. The programming for her shows will investigate issues and topics at the intersection of politics, culture, and race. Sanders will help break down how determinations are made in Washington and how they impact electorates, industries, and communities across the country.

As a host, she will also interview figures involved in law and policymakers, top government officials, scholars, and thought leaders.

After just leaving her recent stint with the Biden-Harris administration, where she was as a senior member of the administration serving as Deputy Assistant to the president and senior advisor and chief spokesperson to Vice President Kamala Harris, Sanders will bring unique perspectives, midwestern sensibilities, and lived experiences to the MSNBC audience. She will give an insider’s perspective on the politics of Washington and the inner workings of politics in America.

According to Deadline, the 32-year-old was a commentator on CNN and has authored a book, No, You Shut Up: Speaking Truth to Power and Reclaiming America. She previously served as Bernie Sanders’ national press secretary in 2016, before joining Biden’s presidential campaign in 2019 as a senior adviser.