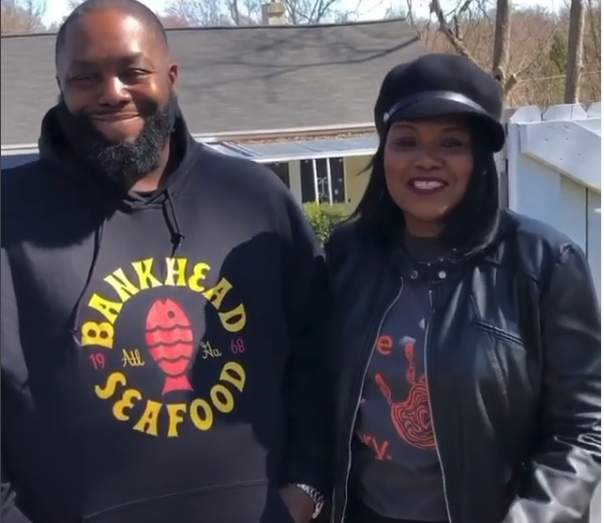 For Mike Render, aka Killer Mike, one of his favorite pastimes growing up on Atlanta’s Westside was spending almost every Friday at Bankhead Seafood, indulging in a $5 seafood box with his family. He fondly remembers his grandmother visiting the restaurant with co-workers for weekly lunches and attending church with the owner, Helen Brown Harden.

Fast forward to 2020: the famous rapper wants to bring the famous Atlanta staple back.

The creator of Netflix’s Trigger Warning is teaming up with Clifford Joseph “Tip” Harris Jr., aka T. I, to bring back the Bankhead Seafood as co-investors; the historic restaurant closed in January 2018 after 50 years in business. The restaurant is located along the Donald Lee Hollowell Parkway and it was important for Render to bring back the restaurant as a native of the neighborhood.

“We’ve been around the world, we’ve had a lot of fun, but essentially we’re two kids from the Westside,” Render told WSB TV. “We grew up seeing black ownership in our community, and we felt like if the city was going to develop, we should have some ownership stake.”

Render partnered with local developer, Noel Khalil, who served as a mentor to the rapper. Khalil assisted the duo in navigating the reopening of the establishment while maintaining the integrity of the brand to the locals. The team has also attended neighborhood meetings to keep the community informed about their progress and looking for their input. Render even showed up at a Grove Park neighborhood gathering to ask permission to rezone a nearby property from residential to commercial to create more parking spaces for the restaurant.

The restaurant is set to re-open within the year at the same location. A food truck under the same name will launch to introduce the restaurant to new residents with a new, expanded menu, including Render’s aunt and grandmother’s biscuit recipes. In addition to adding more parking and menu items, Render wants to renovate the space to make it more of a sit-down restaurant with roughly 130 seats and a rooftop dining area.

The two rappers also own several properties in the neighborhood. They purchased Bankhead Seafood a year ago including the name, trademark, and recipes in preparation for the new launch.