T.I. Gets His Daughter’s Hymen Checked, But Didn’t Check His Son After a Waffle House Debacle 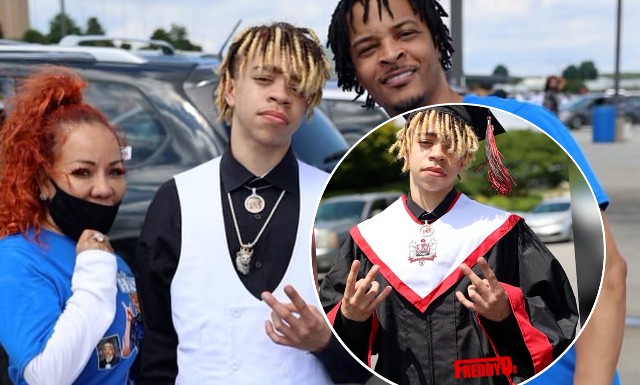 Editor’s note: Opinions expressed in this op/ed piece do not reflect views of Black Enterprise and solely belong to the author.

Did we really expect anything more from TI?Recently footage of TI and Tiny’s son, King Harris, arguing with employees at a Waffle House went viral. The next day, the “Whatever You Like” rapper’s response to his son’s antics generated even more reaction. The elder Harris said in a video posted to social media,

“Of course, I spoke with my son. Me and his uncles…”

“We were perplexed by his necessity to go back and forth with the short-order cook. I didn’t understand why he felt he needed to stop what he was doing to engage someone who’s at another level of life.”

“I had to explain to him that when people are not living like the way they hoped they would live and here you are walking in enjoying so much freedom and luxury and, you know, people are going to posture themselves a certain way.

TI’s take on his son’s antics could be summed up as “why you letting a lowly ass short order cook get you hype?” The obliviousness and short-sightedness is blinding and frankly, embarrassing. But did we really expect anything more from TI?

This is the same man who proudly admitted having a doctor check his daughter’s hymen to ‘confirm’ continued virginity, called his marriage a distraction, and stormed the stage to check a comic for making jokes about his legal troubles.

Did ya’ll really think he was out here teaching his children accountability, responsibility and simple respect?

It’s obvious he’s still trying to learn these things himself! The employees at the Waffle House did not deserve to be harassed by an entitled man-child and they damn sure didn’t deserve TI’s condescending ASSumption that they are ‘not living life as they hoped’ simply because of their occupation.

TI can use all the words in the thesaurus to disguise his values, but his behavior makes it plain to see. The fruit doesn’t fall far from the tree.

The truth is, we do our kids a disservice when we send them out into the world not fully equipped with the skills to manage adult interactions with everyday people. Manners, conflict management and self-discipline are key components of a strong foundation. As the old folks used to say, if you don’t teach them, the world will. And the world can be a cruel professor.

Congratulations to King Harris on his recent graduation from high school with honors. Now let’s get him and his daddy to a finishing school. Expeditiously.

Reneé Mack Jones is a couples mediator and family conflict coach, the author of the Peace In My Home Planners for Busy Couples, founder of Black Kids Thriving By Design and the host of the upcoming podcast I’d Rather Die Alone.