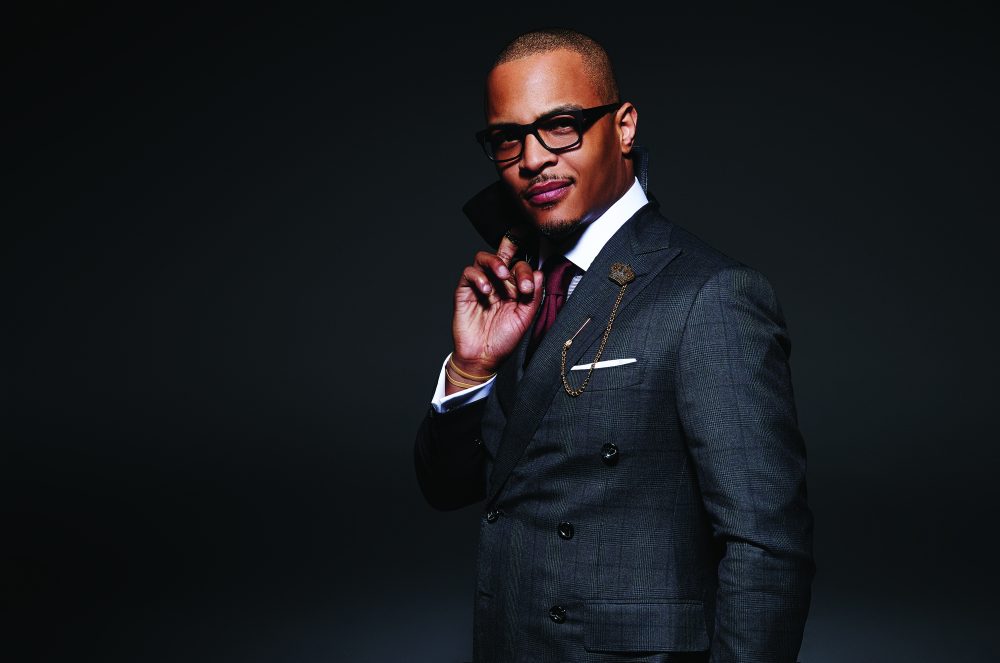 For those who think that the rapper T.I. (aka Tip) is just another hip-hop artist then those lyrics from his 2005 hit are most appropriate. The Grammy Award-winning artist, whom entertainer/record producer Pharrell Williams once called “The Jay-Z of the South” has spent the past 15 years building a sprawling, multimillion-dollar business empire that extends into the entertainment, apparel, technology, and real estate sectors.

Ask T. I. about how he defines his entrepreneurial approach and he boils it down to the following audacious descriptor: “Grand Hustler.” In providing further elaboration, he asserts that he represents business people “willing to invest in themselves and work tirelessly to make their dreams come true regardless of their resources, conditions, or environment. They overcome every obstacle to make it happen.”

Clifford Harris Jr., 37, was raised by a single mother and grandparents in northwest Atlanta’s working class Center Hill community, where at an early age he learned that success was the byproduct of an unyielding entrepreneurial spirit. He started selling candy to his fifth-grade classmates and then graduated to making money in the drug trade as a teenager. A childhood acquaintance, however, encouraged him to use his musical talents as a rapper—he’s considered one of the originators of the Southern-flavor “trap music”—as a platform that could lead to wealth and fame. However, it was his early experience in the late 1990s with a major label, Arista’s LaFace Records, operated at the time by music mogul Antonio “L.A.” Reid and R&B crooner Kenneth “Babyface” Edmonds, that placed him on the path to independence and business diversification.

-Grand Hustle Records, an independent record label with a roster that includes Harris and other hip-hop acts like 5ive Mics, Trae Tha Truth, Tokyo, Jetz, and Zonnique, his stepdaughter.

-A.K.O.O. Clothing, which Harris defines as “upscale urban apparel”—the acronym stands for A King of Oneself—that can be found at
Dillard’s chain of department stores, among other retail outlets.

-Buy The Block, a venture that “aligns my interest in real estate with community development” in which Harris has “strategically acquired parcels” to revive Center Hill, the neighborhood of his youth.

His latest project—a partnership between his television and film company, Grand Hustle Productions, and BET Networks—is a reality business competition show, aptly titled (you guessed it) The Grand Hustle. In the show, which debuts July 19, Harris challenges 16 entrepreneurs to compete for a $100,000 cash prize and a position within his enterprise. “I don’t want to spoil it for you but I found it interesting how those from Harvard versus those from the hood handled business adversity,” he says.

In an interview with broadcast journalist Ed Gordon at the Black Enterprise Entrepreneurs Summit, Harris further shared how he developed his business acumen and strategic focus. The following are edited excerpts of that interview:

Gordon: How did you make the transition into rap?
Harris: Rapping was something that I’ve always done since I was like 10 years old. I had started doing demos, trying to get record deals. [An older family member ] introduced me to DJ Toomp, and the rest is history.

Did you see rap as an art form solely or did you see that as a means to make money?
When Kris Kross and Another Bad Creation came out and I found out they were my age and from Atlanta, I began to tirelessly pursue it. I started asking my daddy for money for studio time and trying to find talent shows. That’s when I actually saw it as an industry.

So you become a pioneer of trap music. When do you start to understand that this is a business; I am a commodity?
Right around my second album. My first album was just real fun and I was on the same record label as OutKast and Goodie Mob. So I really thought I was about to take off. When my album didn’t work, I had to resort to different tactics and had to formulate a plan. Just because LaFace Records didn’t see [me] as a priority did not mean that I didn’t see me as a priority. I started making mix tapes and traveling a small circuit from Atlanta to Birmingham; Montgomery; Columbia, South Carolina; Chattanooga, Tennessee; Tallahassee; Jacksonville, and then I spread out. That is what caused me to get the buzz that I needed for LaFace to then call me and say, “Hey, what we doing with this second album here?” 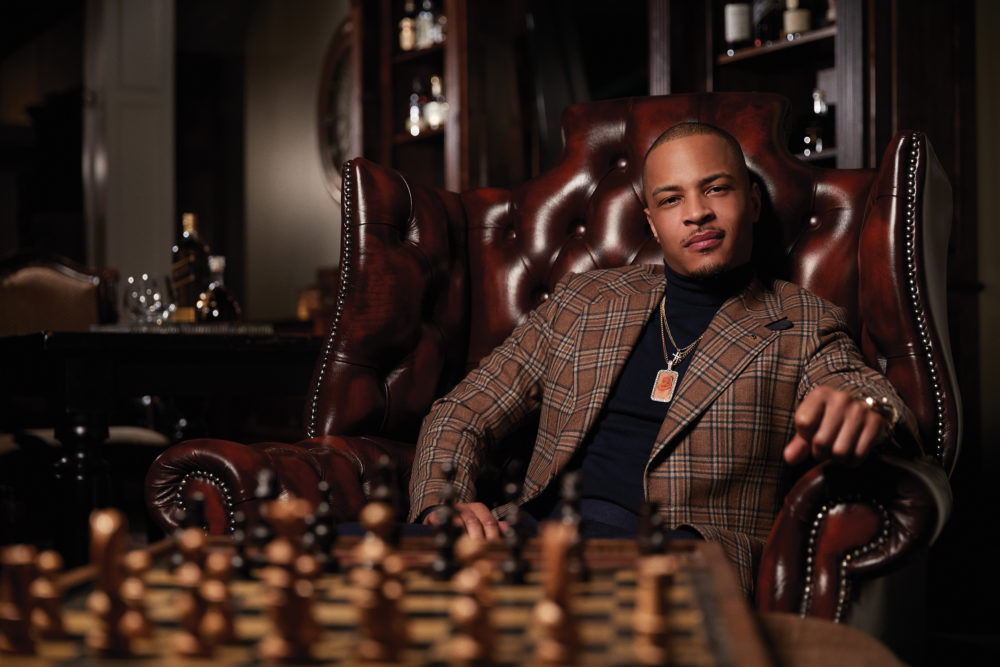 So it took a fall for you to understand that you didn’t know enough about this business. Your second go-round you figured out what you needed to know.
I needed the resources to fund my own movement rather than wait on another infrastructure to care enough to say, “I’m going to invest my marketing department, my radio department, my PR department behind you.” So, I did the research and learned the different levels of participation as far as equity is concerned between an artist and a record label.

So, I go in there, and L.A. sits down and said to me, “Man, I really love the response. It just came out of nowhere.” I said, “No. It was not out of nowhere. It was some significant effort put into this…Since my album dropped, I have been tirelessly investing in myself, and basically operating as an independent record label. So, for me to work on the second album, to ensure that it won’t turn out the way the first one did, I will need $2 million and a joint venture.” He said, “Or what?” I said, “Or you can just let me go.”

So he turned me loose. But what I didn’t understand then was he turned me loose into the industry with a buzz as a free agent. I already had a song going on the radio. I was already doing shows. So, I went and got $2.5 million from Atlantic and a [joint venture]. That was the beginning of me building my own label, and I haven’t looked back.

We all have faced adversity. How do you get up and say, “This is not the way I thought it was going to go but I will keep going?”
You have to be relentless. You have to be tireless in your efforts to achieve the goals that you set for yourself. There’s a vision everybody has in their head. How stubborn you are and how married you are to that vision will determine how far you’re willing to take your action. I’ve never been ready to lay down. As long as there’s air in my body, I continue to fight for whatever it is I feel I should have.

What made you decide to diversify beyond music? Talk to us a little bit about the other businesses that you’re involved with.
My first ‘other’ area of business was construction and real estate. By the time I was 18, I was just getting a record deal and a $60,000 check. I was bragging, and my uncle—a father figure and mentor—said, “OK. Good. Give me $25.000.” I gave him [the money]. Luckily I was so hot, I continued to earn income so I never looked back at the $25,000. So four to six months later he rode me through our neighborhood, and he pulled me up to an old house that I used to trap out of. It was completely renovated, and it looked nothing like it did when I was there. He said, “That’s our house. With that money you gave me, I bought this house for $8,500 and put $15,000 into it. And now, we can either put it up on Section 8 and get about $850 a month for it. We can sell it for $60,000 to $75.000, and take the profit.” I said, “Let’s sell it.”

So we sold it, and we bought two more houses and did the same thing. We got some more, and we end up doing about 65 houses in our own community.

Entrepreneurs face failure.
Talk to us about how you’ve dealt with that. You had a restaurant that ultimately closed.
It tanked. You have to either understand every part of the business or need to include someone who knows every part of the business. And the person that you include you either have implicit trust or have a fail-proof system. For me, I just knew I could get people in here as long as the food is good. We can turn as many dollars needed for a profit. What I did not account for is the thievery. I underestimated that particular industry. Luckily for me, the thing that I always appreciate is, any industry I go into is secondary for me. The things that I have done in my primary business have afforded me the ability to take risks.

In terms of business, talk to us about you being a work in progress.
I think life is a series of adjustments. You can either move with the times or be left behind. So, for me, it’s about diversification. Continue to learn, grow, and evolve. In business, I’m [going to] win. I’ve done well and I’ll do well again. God has given me everything I need to get everything I want on this earth.