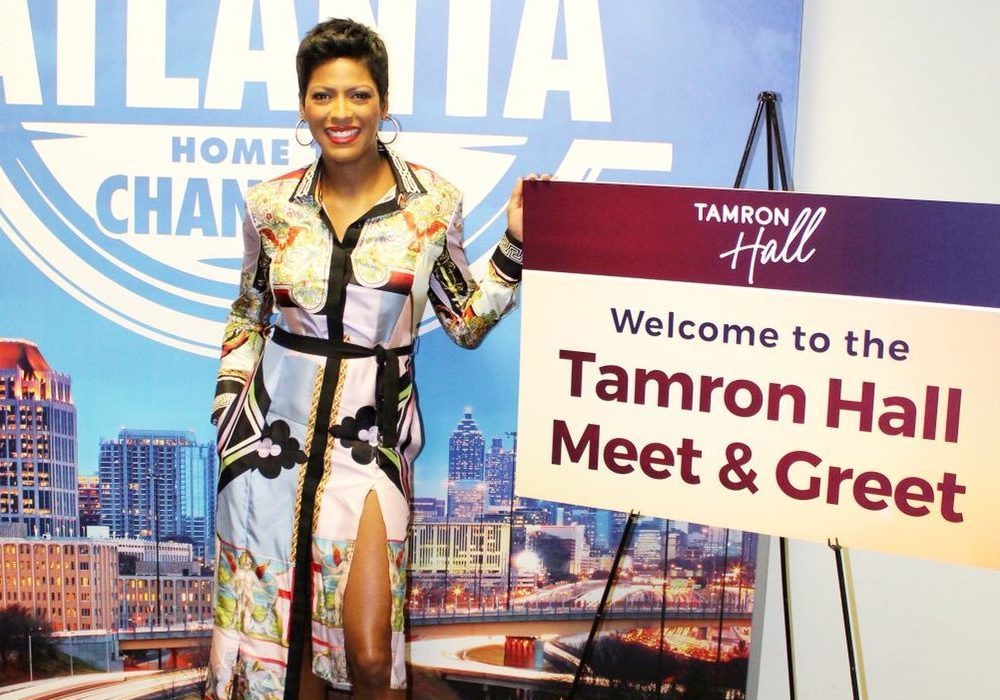 Tamron Hall has a new self-titled talk show that is sure to reignite her successful journalistic career.

Hall, who hosted MSNBC Live with Tamron Hall, and Deadline: Crime with Tamron Hall, made history in 2014 when she became the first black woman to host the Today show on NBC. However, she walked away from hosting Today in 2017  following reports that she was blindsided by news that her slot would be given to Fox’s Megyn Kelly. Instead of taking a lesser, unsecured role with the network, she decided to opt-out of her contract with NBC altogether. Coincidentally, Kelly eventually lost her show over a blackface controversy and subpar TV ratings and reviews.

Based on a partnership between Disney and Hearst Television, Hall’s new show, The Tamron Hall Show, will reach up to 50% of U.S. television households, including eight of the top 10 markets. Before she inked this deal, she originally entered into a partnership agreement with The Weinstein Co. before Harvey Weinstein’s #MeToo scandal erupted and destroyed that union.

“The beauty about the show is that it’s not about one lane, it’s a reflection of who she is in her entirety,” said co-executive producer Talia Parkinson-Jones, a veteran of The Wendy Williams Show. “We know exactly what she wants, which is to inspire people.”

In addition to a new talk show, which debuted Monday, Hall has a new husband, music executive, Steven Greener, and a 4-month-old son named Moses, proving that life will go on if one workplace gig doesn’t work out.

“I think we all go through that where we take on more responsibilities—life, the savings account—we lose some of that fearlessness that allows you to take those leaps of faith,” Hall told BLACK ENTERPRISE last year. “God is not going to help me unless I help myself. Having that fearless energy going in and shaking hands, meeting people and asking for the job. When you don’t get it, ask again, and again because ‘no’ is nothing. ‘No’ is a ‘yes’ waiting.