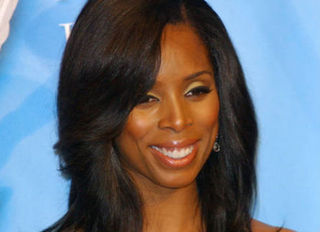 Actress Tasha Smith is best known for her breakthrough role as the vivacious Angela Williams in the Tyler Perry film, Why Did I Get Married?, and the comedy series For Better or Worse, which airs on Friday nights at 9 p.m. on TBS. But Smith, who has been in the television and film industry for nearly 20 years, is a seasoned actress and entrepreneur.

For 10 years, Smith has taught and mentored aspiring thespians through her acting school, the Tasha Smith Acting Workshop, and has expanded her brand to other business ventures. In partnership with her husband, Smith started her own line of fragrance, called US, the Speaking Bureau Institute (SBI) for entertainers, and has a cookbook and wig line in the works. BlackEnterprise.com caught up with Smith to discuss the success of her brand over the years, her thoughts on diversity in the film industry and how she balances business, marriage and motherhood.

BE.com: What kind of impact has your character Angela had on your brand as Tasha Smith the actress?

Tasha Smith: People love Angela (laughs). That character has given me a wide fan base. It has also created other opportunities for me. [It’s like] you have a bowling ball and one pin can knock everything down. It’s like a domino effect in a sense. I feel like Angela has really helped me in so many areas and I’m grateful for it.

Is there any of Angela’s feisty persona a part of Tasha in real life?
For sure. I feel like there’s a little bit of Angela in all of us!

How is the Tasha Smith Acting Workshop, and when was it founded?
I’ve been doing the acting workshop for about 10 years. I started through my mentor, Ivana Chubbuck, who had me teach at her school for a couple of years and then encouraged me to start my own school because she felt like we needed to get the technique out to more of an urban community and she felt like she had the white world on lock. She said, “Tasha, black people love you. You go start some classes and send me your stars,â€ which is what I do. It’s based in L.A. I don’t do my weekly classes anymore but now I’m doing more workshops and seminars.

SBI (Speaking Bureau Institute) is our speaking bureau company that [my husband and I] created to empower people to have opportunity to go out and speak– actors, athletes and musicians–people who are wonderful motivators and have great testimonies and product. [The company] gets them out there on the speaking circuit from colleges to churches.

The wig line (expected to launch in 2013) is something I’m working on because I want black women to have beautiful hair that they don’t always have to sew in unless they just want to go natural.