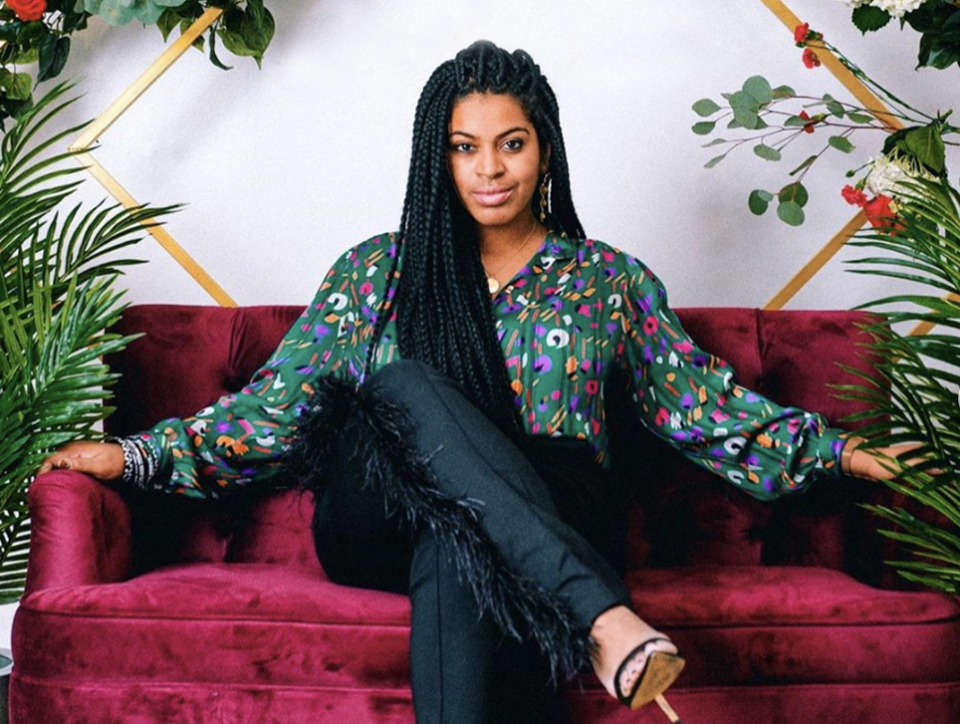 What do you do when you’re the founder of a travel tech startup whose mission is to connect blacks all around the world to the Continent when a global pandemic cancels flights, closes borders, and brings tourism to a complete halt?

If you’re Cherae Robinson, founder of Tastemakers Africa, you take a moment to breathe and then you get back to doing what you do best—bringing people together, even if that now means virtually.

Black Enterprise caught up with Robinson, whose company usually offers a marketplace of 200 travel experiences across three countries in Africa, about how she has pivoted to protect both her company’s mission and its bottom line.

When did you realize what kind of impact coronavirus was going to have on the business?

Literally the day I’m about to send our first offer letter for our post raise hire, they start shutting down borders. I get on the phone with Erik Blachford, former CEO of Expedia, and Jamie Wong, who is on our board, and was the founder of a company called Vayable. And they’re like, Cherae, it’s a wrap, nobody’s going anywhere for like at least 18 months. But I still didn’t realize how big it was.

I think the moment where it really hit the fan for me was on a phone call with my fellow travel entrepreneurs who had gone through Booking.com’s accelerator. I’m on the call with maybe 40 other travel tech startups from all around the world. And I remember in the first 10 minutes some people just being like this business is over. And other people being like, we have plans for no revenue for the next 12 months. That was when I was like, oh, this is not a blip, this is a fundamental shift. And then it was like, well, what are we going to do?

So what did you do?

I just kind of took a breath. I made a decision to be a consumer again, because when you’re building a business, you’re always thinking about the business. So I made a decision that I would take a pause. I was like I’m not going to figure this out in a day, probably not even in a week, but let me just give this some space. And so I literally did nothing—for a couple of days I didn’t really speak to anybody, I didn’t open my email, I didn’t post on our Instagram. I just was like, I’m going to do what I would be doing if I was Cherae, not the founder. I was using Instagram as just a person who likes pictures. I was finding stuff on Twitter because I thought it was funny. I decided to just be a person and not be a person that has to figure this out.

And I was reminded about why I started this business in the first place. Travel was one way I could solve this problem of people in the diaspora and on the continent being disconnected, but it wasn’t the only solution. And that need was still prevalent even when we can’t physically travel.

I started sitting with that and thinking about other things that I’ve done. At the end of the day, I know how to connect people, and Tastemaker’s mission is to do so with the intention of closing the gap. We just came out of Year of Return and I already felt like we needed to be having a conversation about what’s next. So I decided that an event that we had done in D.C. just a couple weeks before COVID really hit the fan in the U.S. could be done virtually. And that was my first of step into figuring out what’s next.

And that is the series of virtual conferences you’ve been doing—the next one is May 24th—called The Thread.

My belief is that our blackness, or root in Africa, is a thread that links every person of African descent all around the world. And that it is the strongest thing that ties our communities, our struggles, and our triumphs together, and it is the thing we should be leaning into, not just now but especially now.

So The Thread is a conference that brings together a multi-disciplinary set of voices to have conversations that move us forward. Too often, you’ll see like a Africa business conference, and they’re speaking about this connection in a very financial term, or you’ll have a bunch of artists collaborate. Those conversations usually don’t happen in one place. You don’t have a bunch of different people from a bunch of different perspectives having a conversation about how we use this thread to the best of our advantage.  That’s the dynamism that I see in us coming together as a diaspora. So The Thread is the home for that. It’s a place to have a set of conversations that really address the multitude of things that are opportunities for us.

I’ve been able to raise capital from African investors on the continent and from investors in Silicon Valley and New York. There are so many gems that I’ve experienced being able to be in both of these ecosystems. It applies to almost every industry, and not just in Africa and the U.S., but also between Afro descendant populations all around the world. I’ve had the distinct vantage point of spending time in Colombia with Afro descendants, and living in Mexico, and spending a bunch of time with black people in Europe. I found that a lot of my ideas, innovation, strength, comes from that exposure. So at the conference we expose people to a dynamic set of ideas on who and how we get to be as black people.

And from a business perspective, it’s also opened other sources of revenue for you.

It did become a revenue driver in the second edition, but it also opened up the opportunity for us to launch a membership. The Thread as a convening space really proved to us that people were always coming to us for more than travel, but we were only giving them one way to engage with us. Seeing how many people ask in the comments “how do we stay connected?” we realized that launching a membership was the logical next step.

The membership is a combination of virtual and in real life experiences that connect the continent and the diaspora in super meaningful ways. It’s a networking opportunity with other high powered, high energy people who are committed to this connection to the continent. But it’s also a way for people to experience this, both in their home cities, and eventually when we can travel again. It really is taking the notion of The Thread and putting it into something where people can build community that powers their connection to the continent.