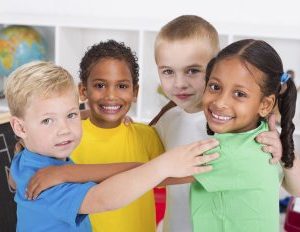 The furor over the Common Core State Standards seems to have died down. George Washington University’s Center on Education Policy, a national, independent advocate for more effective public schools, brought teachers together in focus groups earlier this year to ask them about the standards and the assessments aligned to them.

In a statement, the CEP says that the teachers expressed “generally positive views about the standards,â€ but that using the testing data to inform their teaching remained challenging.

Although the teachers in the focus group said the Common Core has “increased academic rigor and helped them to focus on the most important things students should learn,â€ some K—2 teachers said the new standards could be too hard for immature childrenÂ and noted that the standards don’t recognize differences in either maturity or school readiness.

I do wonder how helpful low expectations are to immature children. Is there a way to keep expectations and standards high, but perhaps for children who are not quite ready for kindergarten use more hands-on learning, more play and time outdoors, more music and more physical engagement, more storytelling and art, more games and field trips, or more playing store or house? It may be that immature kids need higher expectations.

I don’t think low expectations are the answer. I wonder what high-performing countries do with their immature little ones.

As far as social and emotional skills, they develop your whole life long. For some kids, the awkward stage lasts until their 20s. I’m not sure if low standards would help even our most immature or socially backward kids.

Although the standards have been in place for a while now, according to the CEP, the teachers in the focus group have not been able to use the testing data from Common Core assessments to guide and inform their teaching–which would seem a valuable use of the tests.

Calling the assessments “still a work in progress,â€ the CEP states that the teachers in the focus group said they only “received a single score for each student, others reported receiving test data too late in the year, and some said the test data that states did make available to teachers was difficult to understand or navigate online.â€