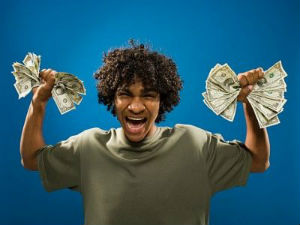 Teaching teens aboutÂ money can seem likeÂ a real challenge. But the truth is, teenagers get their cues about how to handle money from the adults in their lives. As teens, we observe and adopt the financial habits that are theÂ major determinants ofÂ our financial success–or failures–in adulthood.

We all benefit fromÂ financial education. However, teenagers are often in critical need of information and guidance about money. People often get their first taste of real spending power as teens, whether from summer or after-school jobs or a generous allowance from parents. When teaching teens about money, start withÂ theseÂ key financial lessons:

1. Less is more when you start saving early.

Teens can learn the value of saving while they are young, thanks to compound interest. If an 18-year-old put $3,000Â into a retirement account today, and it earned an average interest rate of 8%, he or she would have more than $100,000 in that account when they turns 65. However, if he or she waited until they were 30 to start saving, they would have only $44,000 by age 65.

When teaching teens about money, also give them another reality checkÂ aboutÂ interest: When they borrow money (including via credit cards) they’ll be paying it. On the other hand, when they save money in an account at a bank or other financial institution, it will be paid to them.

2. Earned money is the best money.

Teens need to be taught toÂ value earned money–via employment, entrepreneurship, and investing–over loans or gifts. If the only time you ever talk about money is when they’re asking you for some, that’s a problem.

When teaching teens about money, drawÂ the distinction between using their own fundsÂ andÂ spending other people’s money. They will be far more financially responsible when they spend the money they worked to earn. For example, when my oldest daughter was a teen, she asked me to buy a pair of Air Jordans for her. However, when I said she should use her own savingsÂ to buy them, the Jordans somehow lost their appeal. She somehow managed to find “cuter” athletic shoes (without the pricey brand name) on sale.

3. Disciplined savings is better than the convenience of credit.

Teach teens the rewards of delayed gratification. Let them know that it’s far better to save for what they want, instead of taking on credit card debt just to get it right away.

For example, let’s say your daughter wants a $2,000 prom dress. You could put it on a credit card at 14% interest. With monthly payments of $100, you could pay off thatÂ balance in 23 months–with an extra $290.90 in interest payments. The alternative? Save $100 a month for 20 months and buy the dress outright, with no interest payments. That’s $290 saved via a little planning and disciplined saving.

Of course, when teaching kids about money, it helpsÂ toÂ teach by example. When it comes to teens, “do as I say, not as I do” just won’t cut it.