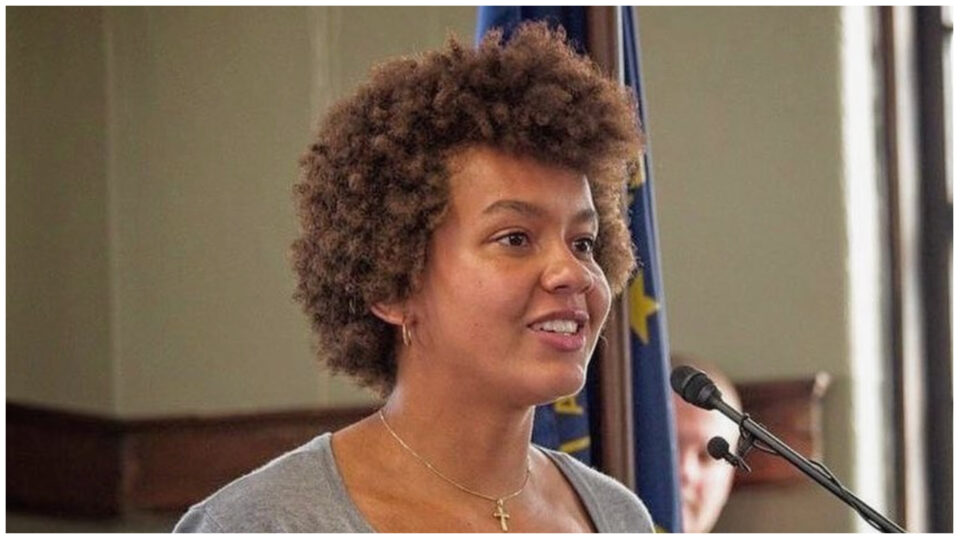 A 17-year-old girl is honoring seven forgotten Black men who were lynched in Mount Vernon, Indiana, according to CBS News. Mount Vernon High School student Sophie Kloppenburg repeatedly appealed to the county commissioners in the predominantly white town until the men were acknowledged.

Kloppenburg learned that seven Black men were lynched in 1878 following false rape allegations. Jim Good, Edward Hill, William Chambers, Jeff Hopkins, Ed Warner and other “unnamed Negroes” were murdered. Four of the men were lynched directly in front of the county courthouse on the spot by an angry mob of 200 white men after a group of white women claimed they had been raped by them.

The hysteria of the false rapes also led to more deaths. Daniel Harrison Sr. shot police Captain Cyrus O. Thomas after Thomas came to arrest his sons, who were also accused. Harrison thought Thomas was a part of the mob that lynched the seven men. Harrison turned himself in but was shot twice and his body was dismembered. His remains were disposed of in the jail’s outhouse. His son, John Harrison, was shot to death and left in a hollow tree. His other son, Daniel Harrison Jr., was burned alive in the steam engine of a train.

After learning about the murders from a driver instructor, Kloppenburg looked for a marker or memorial acknowledging the injustice.

“I learned about the whole incident while I was driving for the first time,” she said. “And my driving instructor told me about it and I had never heard of it before. So I was shocked, because it was kind of a big deal, at least in my mind.”

Kloppenburg said that learning her teacher never heard about the lynchings either, she was motivated to highlight the injustice. She had several meetings with the Posey County Commissioners to inform them of the atrocities and was able to create a memorial and bench marker for the victims.

The teenager had some humbling words for the people of the Posey County town when she spoke in front of the courthouse.

“I’m sure people don’t want to remember because it’s hard to remember tough things, but it’s unacceptable to just forget,” she said.

Kloppenburg received a standing ovation before she even spoke at the unveiling ceremony for the markers on Oct. 23.

“I’m proud of Posey County, Indiana, and the beautiful people here for having the difficult conversations and giving a tangible voice to its minorities,” she said. “Thank you.”