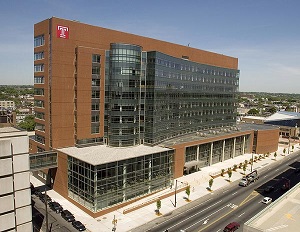 Researchers at Temple University just revealed some groundbreaking news that is sure to make us all happy.

After much hard work, a team of Temple University School of Medicine researchers have designed a way to eliminate the HIV-1 virus from human cells, indicating a major step forward in finding a cure for the disease that affects more than 33 million people worldwide, with African Americans having an HIV contraction rate eight times that of white Americans.

“This is one important step on the path toward a permanent cure for AIDS,” Dr. Kamel Khalili, professor and chair of the Department of Neuroscience at Temple is reported saying on the school’s website. “It’s an exciting discovery, but it’s not yet ready to go to the clinic. It’s a proof of concept that we’re moving in the right direction.”

The study, which was released July 21, details how Dr. Khalili, his colleague Dr. Wenhui Hu and their team created molecular tools to delete the virus by combining a DNA-snipping enzyme called a nuclease, with a strand of RNA called a guide RNA (gRNA) that hunt down the viral gene and erase the HIV-1 DNA. Once erased, the cell gene repairs itself, producing a virus-free cell.

While this successful research is definitely a push in the right direction toward finding a cure for AIDS, Dr. Khalili says the approach faces many challenges that need to be worked out before the technique is actually ready to be used, including the fact that the treatment may need to be individualized for each patient’s unique viral sequence.

“We are working on a number of strategies so we can take the construct into preclinical studies,” said Dr. Khalili. “We want to eradicate every single copy of HIV-1 from the patient. That will cure AIDS. I think this technology is the way we can do it.”