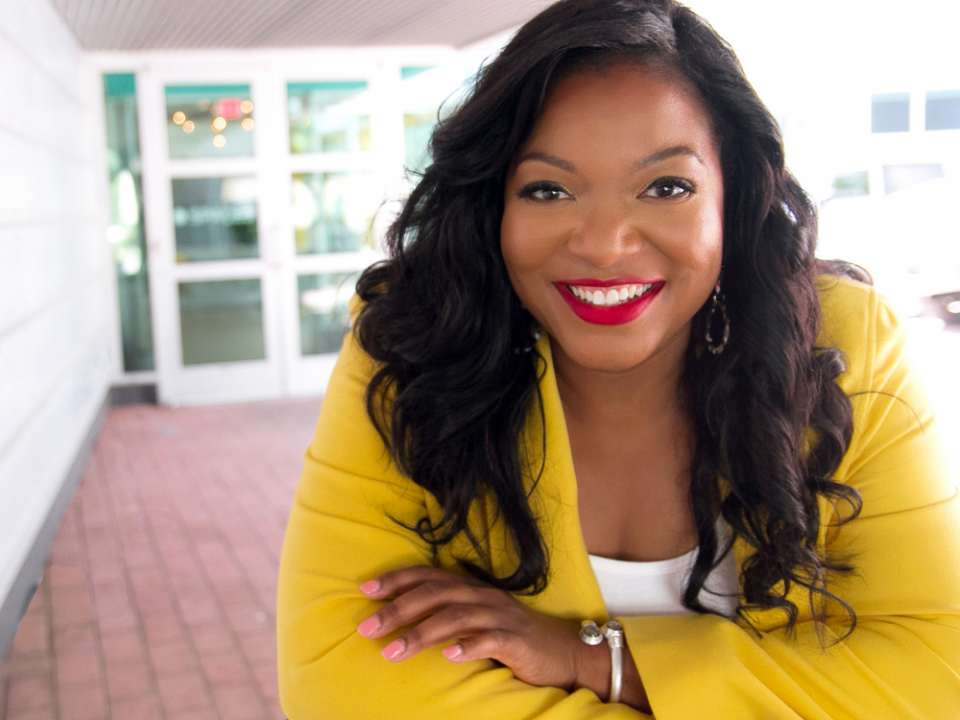 Experian’s 2019 Consumer Debt Study shows the total consumer debt in the U.S. is at roughly $14.1 trillion, with Americans holding an average personal debt of around $90,000. With these numbers showing no signs of slowing down, coming up with a creative solution to tackle debt is more pressing than ever. This is where Teri Ijeoma comes in, teaching students how to pay off their debts and create freedom with stocks.

Ijeoma started her career in finance and ended it in education, where she worked for just over a decade. Prior to quitting her job and branching off into the world of entrepreneurship where she spends her days trading and traveling, she was the assistant principal of an elementary school. Ijeoma now lives her best life, using her sharp trading skills to bring in income. She doesn’t keep this knowledge to herself, however, she has shared it with over 4,000 students in her Trade and Travel online program.

“I got to see them trading stocks and learned about the world of investing but I came home and I still didn’t know how to do it,” she recalled.

That same year, Google had its IPO for $83 and Ijeoma remembers telling her grandmother that it’s going to be huge and that they needed to buy some. To which her grandmother replied, “Okay baby, first of all, we don’t have the money for that and we don’t even know how to do that. We don’t know how to get a share.”

She looks back now wishing they had the resources, as just one $83 share is now worth almost $1,800 today. “But we didn’t know what to do, so I ended up going to college. I went MIT and I studied business and finance. I said I got to figure this out.” And figure it out she did. Ijeoma nabbed an internship on Wallstreet with Morgan Stanley.

While she learned a lot during the internship and it confirmed that she did indeed like investing, she did not like the hours they had to work and knew she couldn’t do it full time. Ijeoma decided to leave and become a consultant and trade on the side to allow for flexibility and travel.

“I ended up having a client that was Teach For America and went down this whole path of education, equality, and making sure everybody was able to have a fair shot, but I would trade stocks on the side.” she shared. When she became an assistant principal, however, she was burned out. Between the workload and having difficult bosses, the assistant principal began plotting her escape from her 9-5 thinking, “Well I know about this stock thing, let’s see if I can do it full time.”

Pay Attention to The Signs

When Ijeoma’s friend John passed away suddenly (he had strep throat and was given the wrong medication), it confirmed for her that life is too precious and short to be in a position you don’t want to be in.

“I’m having this crisis in my head like life is too short. I can’t believe this is happening. Trying to grieve but at the same time, having to walk into this building where I’m feeling unwanted, unappreciated, underpaid, like all these things…that was my turning point and that’s when I knew I needed an exit strategy.”

Ijeoma began diving deep into the world of trading and made it a point to study and trade daily to become a pro. “I remember writing in my journal, ‘Lord, if I could do anything, what would it be?’ And I wrote that I’d trade stocks and travel the world.”  This is where the name of her popular program Trade and Travel was born.

Paying Off Debt With Stocks

Teri Ijeoma was able to pay off $17,000 of her student loan debt within 30 days and recently bought her house outright through trading. With her success, she knew it was something she couldn’t keep to herself.

“I had $17,000 of student loan debt for my master’s degree and I decided that I wanted to pay it off before I graduated and walked across the stage…I gave myself two months.” She divided the $17,000 by 60 days, which gave her the figure of $283 a day she needed to make through trading. “It was not too bad. I knew if I did that I could pay off my student loan pretty quickly with small, consistent goals. So that’s what I did.” She invested in stocks through day and swing trading and was able to pay off her loan in half the time she allotted.

“I was able to pay off my student debt with trading and what I did was break it into small, bitesize goals. I knew if I could reach just a certain amount a day, I could have that money add up and pay off my loan and I actually did it in under thirty days,” she shared.

Ijeoma believes creating small trading goals through substantial knowledge of self-directed day-trading creates huge wins and allows one to have control of their finances.

“That’s why I think my approach to investing is different from other people’s. I think a lot of people think of investing for the long haul or investing for retirement. And they’re thinking, ‘I need enough in my account to have like a million dollars.’ But me, I’m just like, “I just need to be able to make like two hundred dollars a day or three hundred dollars a day.” Those bitesize pieces will actually start adding up to really nice income for me to live my life. At $200 a day, that was $1,000 a week, which is $4,000 a month and that’s the same as my Assistant Principal salary.” She noted, recalling her thought process at the time. It took nine years, but Ijeoma cracked the code on making over $1,000 a day trading and is using her experience to teach others to do the same.

The MIT grad is having massive success teaching her students strategies to knock off their debt and reach major goals with trading as well. In her program Trade and Travel, Ijeoma teaches students how to pick companies, protect their portfolio, price trade, and create consistent income. Once they learn from her course, she recommends that they open their brokerage account with just $500 and to start in a simulated market to get a hang of it first.

“I truly believe when you just get started, you should practice with fake money and become a better trader and then go to your real money.” Once they get the hang of it, she suggests they bump their trading account up to $2,000 to get some more traction.

When asked how much one needs to begin seeing a return Ijeoma broke it down:

“Our goal through Trade and Travel is to help you make 1% of your cash amount a day. So with that $2,000, your goal is $20 a day, but that starts adding up. That’s $100 a week, an extra $400 a month. You can pay a car bill with that. Really we’re thinking about how you make these bite-sized goals. And then as you start increasing and you have $10,000 in your account now your goal is to begin making $100 a day. And as you a become a better and better trader, you begin making bigger returns than that 1%.”

Do Your Job Well & Success Stories Speak For Themselves

The trading pro now has a movement within her community called the Million Dollars a Day Movement, where she’s looking to have 1,000 of the students in Travel and Travel making $1,000 or more a day.

Beyond all the financial gains students of Trade and Travel are having, Ijeoma loves that students’ lives have improved as a result. One student who was going through radiation therapy has made it to the $1,000 in a day club, and shared with her that learning this new skillset has helped her so much and keeps her motivated.

“It’s a skillset you can have for the rest of your life too. It’s not one of those things where you pay money, learn a skill and nothing happens. No, first of all, once you learn to trade you pay yourself back for the course and then after that you have this life-long skill.”

Many students in the program have had success, making enough to pay for their day care, car notes, bills and even private school fees. “So now, we’re funding kids’ education … it’s so much bigger … it’s been really cool to see how their lives have changed.” Ijeoma reflects. She shared that one student is in the process of paying off more than $100,000 of student loans through the program too.  Learning to trade with Teri Ijeoma is clearly something many can benefit from.

Teri Ijeoma has a free webinar sharing four secrets that she uses to teach students how to make $1,000 a day trading at iTradeAndTravel.com. You can also find her on Youtube at Trade and Travel, as well as Instagram @teriijeoma and @tradeandtravel.