T.O. Had Time! Terrell Owens Put a Karen On Blast On Instagram Live 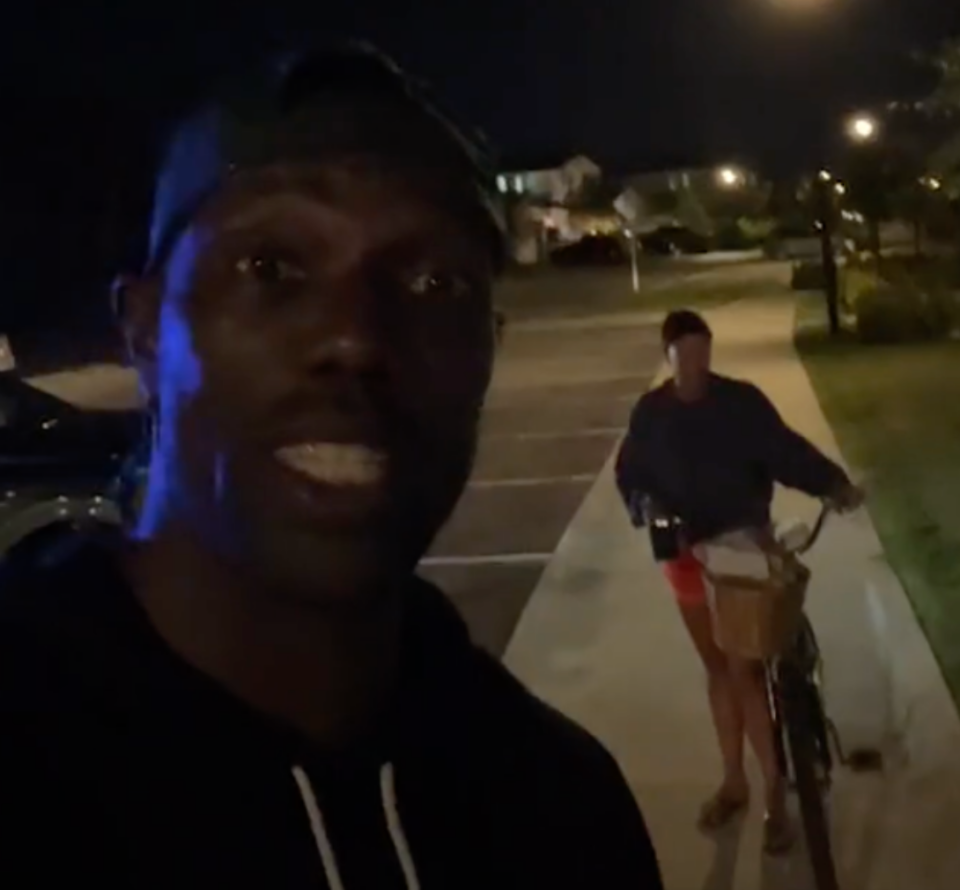 Former NFL star Terrell Owens took to Instagram Live on Wednesday to film an encounter with a white woman who accused him of speeding and running a stop sign.

Owens started the video by expressing how taken aback he was by his first personal experience with a Karen. The former pro athlete says he was driving to pick up his mail when the white woman started shouting at him, telling him to slow down.

Owens started filming once the police arrived after the woman called to accuse him of “coming after her.”

“Wow!! JUST A NORMAL NIGHT OF BEING A BLACK MAN IN AMERICA 🤷🏾‍♂️😂😂 I want to say I can’t believe it but y’all know what it is.”

While filming, the white woman could be heard shouting at Owens while hurling out allegations the former football star continued to debunk.

“He got out of his car and started harassing me,” the woman can be heard saying.

But Owens said she was lying.

“You’re telling me I almost hit you, and I didn’t,” Owens said.

The woman didn’t make her argument any better when she started shouting in front of the officer that Owens allegedly “didn’t have to get out of your f**kin car.”

“You didn’t have to talk to me that way either, Karen” the retired football player said in response.

The woman attempted to scold Owens for being “a Black man approaching a white woman.”

“You put your car in park, and you came after me,” she claimed.

But Owens denied the allegations and provided context to how he ended up exiting his car after hearing her shout that he needed to “slow down.”

“First of all, I didn’t come after you,” Owens said.

“You can stop all of that, Karen.”

The officer tried to deescalate the situation, but the woman continued to yell and claim that “he literally came after me.”

She broke down in tears when the officer didn’t respond like she hoped he would.

“Here she is crying,” Owens said in the video. “There’s Karen.”

Owen expressed his shock at having his first real-life encounter with a white woman, seemingly attempting to use her white privilege to get her way.

“I swear to God, I have never been in a situation like this,” he said.

“I’ve seen it, but this is firsthand.”