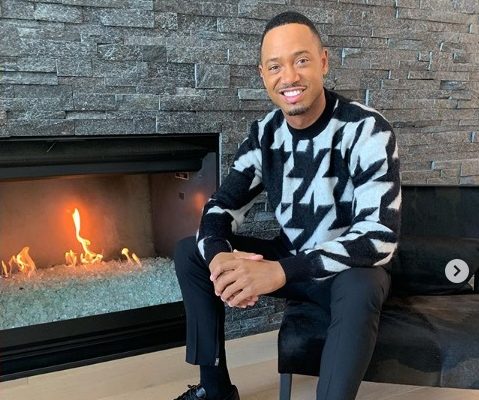 Terrence Jenkins, AKA Terrence J, the former host of BET’s 106 & Park and co-anchor on E! News, has been hired by the Hidden Empire Film Group as its head of talent engagement for film and TV.

Hidden Empire Film Group is a film and TV production entity run by Deon Taylor, Roxanne Avent Taylor, and billionaire businessman and philanthropist Robert F. Smith. As the head of talent engagement, Jenkins will produce and star in several upcoming Hidden Empire projects. The company said that Jenkins will also work behind the scenes to “drive talent and entertainment integration for new films, create new content concepts including scripted and non-scripted projects.” He will also advise on music supervision and help develop influencer marketing campaigns and build strategic corporate partnerships.

“Hidden Empire is one of the hottest film companies out there right now and I am honored to work with such a talented team,” Jenkins told The Hollywood Reporter in a statement. “Hidden Empire is growing into a billion-dollar brand in the distant future across film, TV, and entertainment, which is incredible for a black-owned film company. As soon as I met the founder Deon Taylor, Roxanne Avent Taylor, and Robert F. Smith, I knew that I needed to be involved in such an amazing company.”

Avent Taylor, co-founder, and COO says, “Terrence J is a rare talent that can star in a box office film during the day, negotiate a multimillion-dollar deal at lunch, host a movie red carpet at night, and throw the official afterparty at his house. We are so excited to partner with him on creative strategies across the board.”

Jenkins has been seen in such movies like Think Like a Man, The Perfect Match, and TV shows Star and Hit the Floor. After his hosting duties at BET ended, Jenkins served as a host on E! News and hosted preshows for the Oscars, Grammys, and Golden Globes. He also hosted and executive produced the Miss USA pageant. He also wrote the book, The Wealth of My Mother’s Wisdom: The Lessons that Made My Life Rich, available on Amazon.