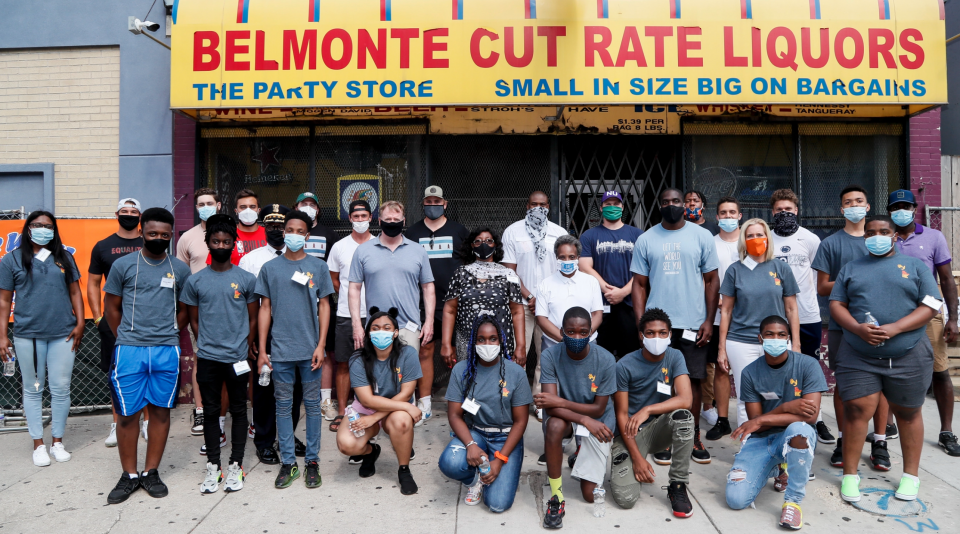 Image via The Block Club Chicago

Since the start of the COVID-19, or the novel coronavirus, pandemic, many families have been dealing with economic hardships as a result of the public health crisis resulting in the loss of employment with small businesses in danger of shutting down. In a residential neighborhood in Chicago a group of teens decided to team up and transform a liquor store into a pop-up market to help out the community.

For certain neighborhoods, it can be very challenging to get access to fresh, healthy food options. The initiative was coordinated when an organization called By the Hand Club for Kids had a local session for the youth to voice their frustrations in light of the current protests around police brutality and racial injustice. One of those things was the lack of grocery stores in the area with many having to shut their doors after being looted during the protests.

“What I heard coming out of that was that students wanted to take all those raw and powerful emotions and turn them into something good and do something from a social justice standpoint,” said Donnita Travis, executive director of the group according to Block Club Chicago.

The group was able to come together and with the help of local NFL athletes including NFL linebacker Sam Acho, the NHL’s Blackhawks captain Jonathan Toews, and MLB White Sox pitcher Lucas Giolito were able to raise $500,000 to convert an old liquor store into a fresh market selling fruits, vegetables, and flowers.

“We would have fresh [produce], but it would also be a place where people feel safe and want to hang out,” Travis added. “We could have some music and maybe we can do some healthy cooking and nutrition demonstrations and education, because not everyone knows or appreciates nutrition. This is a real entrepreneurship opportunity for them, but also an opportunity for them to bring food justice to our neighborhood.”