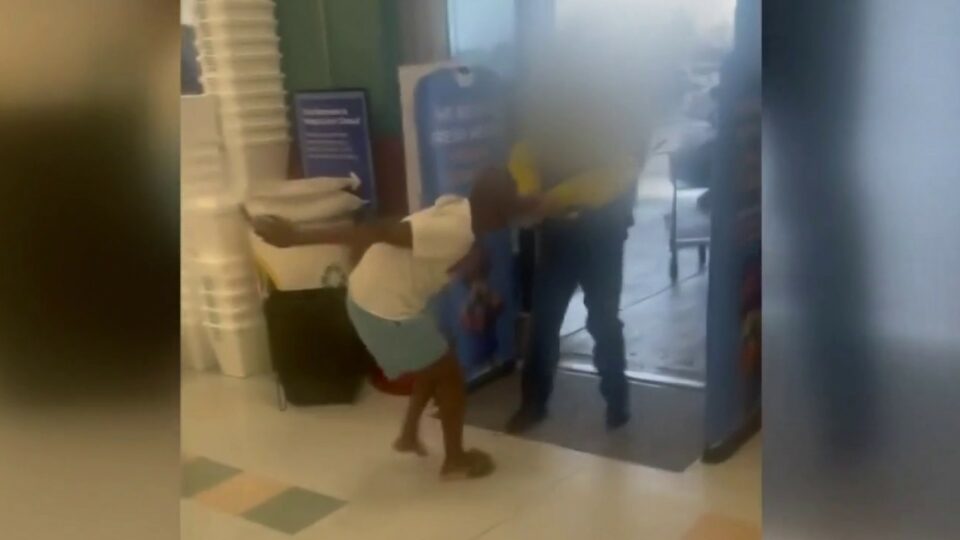 A Kroger store in Houston has parted ways with a security guard accused by multiple customers of racially profiling Black women.

Several Black women shared their traumatic experiences with the since-terminated security guard. Kamesha Sterling was the first to record her April 13 encounter where the guard verbally and physically abused her cousin, Stephanie Teal, who is special needs, Click 2 Houston reports.

Teal had grabbed a burger and started eating it inside the store while continuing to shop for food. Teal says she had every intention of paying for the burger, but the guard approached her and accused her of stealing.

Sterling’s recording shows the guard dragging Teal out of the store by her hair.

“Why are you doing this to me?” Teal asks during the assault.

“He’s like, ‘She’s stealing!’ I say, ‘She’s not stealing. I have a basket full of groceries; I’m paying for everything,'” Sterling added.

One month after the attack, Teal recorded another interaction with the same guard showing him following her from the store and asking her if she had something in her bag, Fox 26 Houston reports.

On June 21, Shelondra Peavy recorded her experience with the same guard that started after she placed items that she couldn’t carry in her hands into a clear Kroger produce bag and continued shopping. However, the Allied Universal Security guard can be seen in the video accusing her of stealing.

At one point during their encounter, the guard can be heard admitting to having called her “Black and ugly.”

“You just said I’m Black, and I’m ugly,” Peavy told the guard in the video.

“Yes, I did,” the guard reportedly replied.

“He should be terminated, and he also should be arrested,” community activist Quanell X said.

“Baby, it’s about to get ugly because we’re bringing the hammer of accountability all the way here to this Kroger, and you’re going to lose your job,” Matthews said.

By Wednesday, a spokesperson from Kroger confirmed they had parted ways with the guard.

“The Allied Universal Security Guard in question will no longer service Kroger stores. We will not tolerate this type of behavior from third-party providers that operate within our stores.”