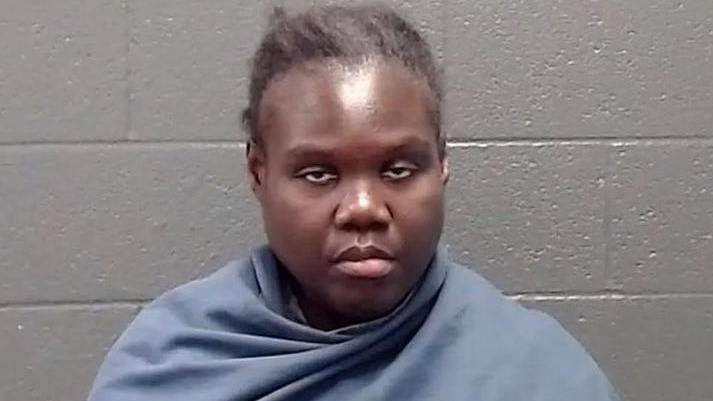 A woman in Texas has been arrested and charged with killing her roommate after authorities say she sat on her until she died of suffocation.

According to KAUZ, Gloria Ann Jordan, a fugitive, was arrested and charged with manslaughter for killing her roommate Gloria Farmer last November. Police initially ruled she died from natural causes until a family friend thought otherwise. Authorities reopened an investigation, and it was discovered she was killed by suffocation.

Law enforcement questioned Farmer’s other roommate, who allegedly told them Jordan might have been responsible for Farmer’s death. She told police officials that she did not say anything to them when Farmer died because she feared Jordan.

According to legal papers, the roommate stated that Jordan placed her hand on Farmer’s forehead and prayed while pushing her backward in an office chair until Farmer and the chair fell over.

Court documents state that Jordan then got on top of Farmer and sat on her chest as Farmer told her to get off of her because she couldn’t breathe. The roommate stated she tried to move Jordan off of Farmer, but she said that Jordan stayed in her position until Farmer stopped breathing.

The medical examiner determined that Farmer’s death was caused by mechanical asphyxia and said the manner of death was a homicide.

Jordan is facing other charges concerning another incident that took place on Nov. 25. Police allege that she slammed a woman’s head into the wall multiple times while yelling, “I rebuke you in the name of the Lord.” The woman who was attacked had reportedly refused to drive Jordan to Dallas for a medical appointment unless Jordan paid for gas.