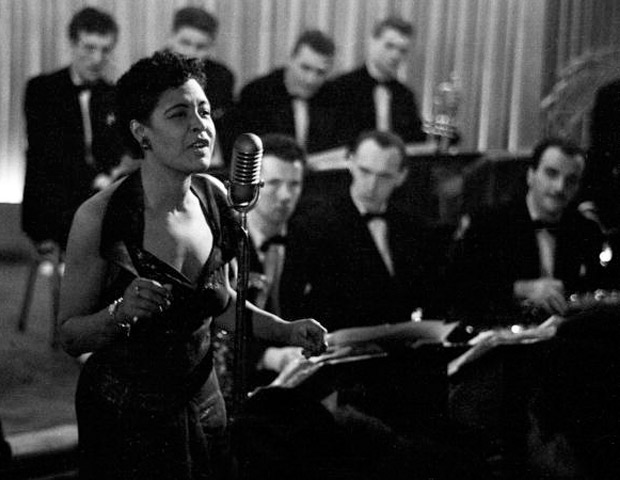 BILLIE HOLIDAY, 44: Born Eleanora Fagan, Holiday was a noted jazz singer who shifted the musical landscape of her genre in the 1940s and garnered critical acclaim as a result. However, her long-stemming drug and drinking problems caught up to Holiday and her health began to deteriorate. By May 31, 1959, she was checked into the hospital due to complications with her liver and heart disease. She never checked out and passed away July 17, 1959 at the age of 44.

Corporations and businesses catch heat all the time for discrimination, politically incorrect statements, and anythingÂ elseÂ that may be perceived as offensive or inappropriate by the masses. They rely on public relations gurus to “fix it,” Olivia Pope-style, before things really spiral out of control and the consequences turn financial. But what does a company do when they’ve stepped into boiling water and they are the PR?

Social media backlash ensued after news that businesswomen Mary Mickel and Ali Slutsky co-founded a PR firm and named it Strange Fruit. PR firms are tasked with representing brands in the best and most marketable light, butÂ Mickel and SlutskyÂ did the complete opposite when naming themselves after a poem and song about the gruesome and fatal lynching of black people.

The nation and other parts of the globe are still in outrage after cases such as Mike Brown and Eric Garner, unarmed black men whose deaths were at the hands of white police officers who did not face charges.

According to American-Statesman, the Strange Fruit PR (@StrangeFruitPR)Â founders defended their branding in a series of Tweets:

The Twittersphere wasn’t buying it, though,Â and only grew madder. @MissSuccess tweeted, “#StrangeFruitPR: How Do You KNOWINGLY Name Your PR Firm After A Song About Lynching?”, while @laurenwaits added “strangefruitpr demonstrates yet again the hubris of white people who really don’t know what they don’t know.”
Other Tweets included:

The PR firm has since apologized and deleted its Website and social media. There is still no word on the agency’s new name.